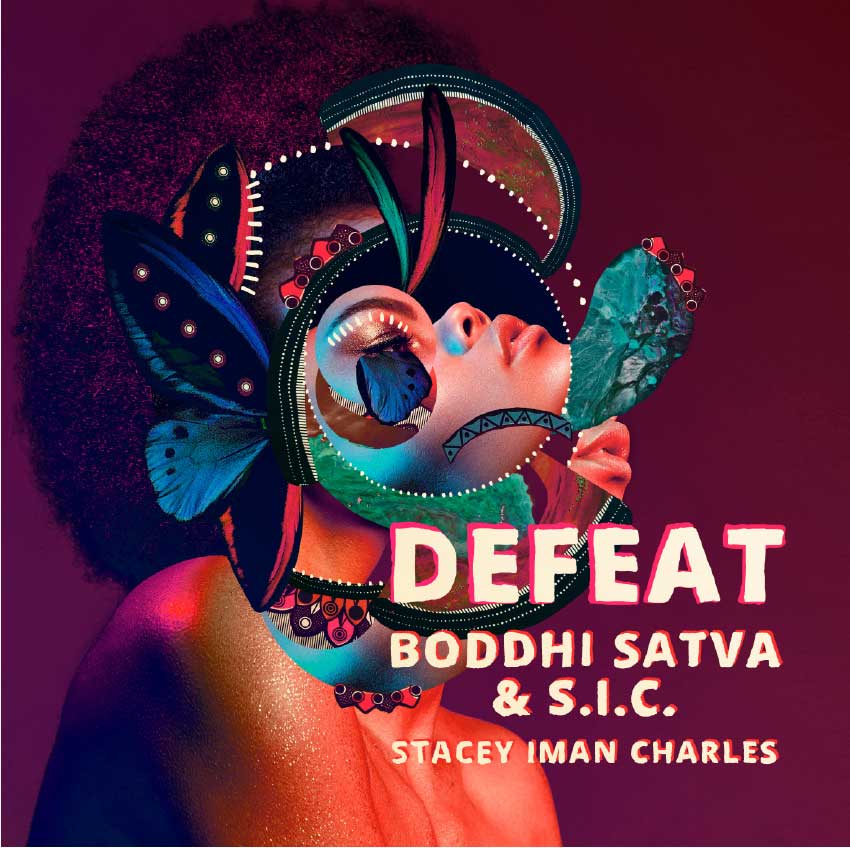 Internationally acclaimed DJ/Producer Boddhi Satva, one of Africa’s most notable and leading DJs and music producers has teamed up with St. Lucian born, R&B singer and songwriter Stacey Iman Charles also known as S.I.C  for a  caught-on dance track titled “Defeat.”  “Defeat” is St. Lucian songstress Stacey and Central African top DJ and Producer Boddhi Satva’s first collaboration strengthening ties between Africa and the Caribbean. The track showcases the true power of unity of the Caribbean African Diaspora residing in music. The song was released February 22, 2019, on Boddhi Satva’s label Offering Recordings, and it is already heating up BBC Xtra1 Radio.

S.I.C is the first St. Lucian artiste to have collaborated with an African artiste. The St. Lucian songbird released her debut single “Falling in Love” at age 16 and has since performed throughout the Caribbean and internationally. S.I.C has graced some of the top tier festivals in St. Lucia, a pristine island known for music festivals including the Roots and Soul Festival and the Jazz & Arts Festival, sharing stage with Africa’s biggest female Afropop star Yemi Alade and British singer Corinne Bailey Rae among many others. Spending time between St. Lucia and the UK where she does most of her recordings in London, S.I.C is gearing up to release her debut album sometime in 2019.

Boddhi Satva is known globally as the Founder of one of Africa’s fast-growing and infectious music genres, Ancestral Soul. He has produced songs for many artistes worldwide as well as very prominent African artistes such as Nigerian Afropop star Davido with the hit song “Naughty.” The God Father of Ancestral Soul as he is known, is no stranger to the Caribbean where he has performed in Haiti and Martinique in 2017 and 2018 respectively. In 2018 he released “An Nou Ale”, a song in collaboration with one of Haiti’s most highly acclaimed artistes, James Germain.