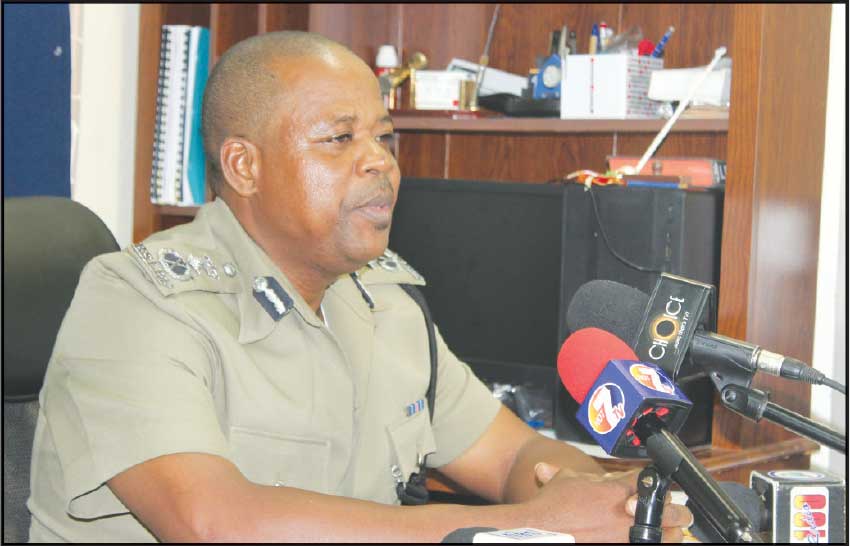 Public concerns relating to the Castries Constituency Council Bill that was recently passed in parliament, including concerns of Police Commissioner Severin Monchery may very well have succeeded in prompting the government to take another look at the bill before turning it into law.

Prime Minister Allen Chastanet this week confirmed his administration’s willingness to deal with the concerns raised, admitting though that he has not seen anything in the criticisms thus far that would warrant government making fundamental changes.

“Maybe there is some misunderstanding in terms of what it is supposed to be but the fact is, if we need to come back with any clarity then we will certainly be happy to do so,” he commented.

The prime minister also admitted to hearing some of the criticisms and concerns levelled at the bill saying “we (government) are going to deal with them.”

“If in fact there is something that’s wrong, we will amend it. We tried our best to get it right the first time but if in fact we don’t we will keep it back until we get it right. That’s my commitment. I’m not going to stand by something that is wrong,” Chastanet said of the bill.

The prime minister, however, is standing by the bill, something he admitted to reporters Tuesday. The bill has come under heavy fire from several sections of the population for what many say is the wide-ranging powers it bestows on constables of the Castries City Constabulary, and the authority it seems to give to the Castries Constituency Council (CCC) over the Commission of Police of the Royal Saint Lucia Police Force.

Attorney General Stephen Julien does not share the view that the bill gives superior authority to the CCC. He said it is not about taking power away from the police.

“One of the reasons they (City Police) have been given that island-wide power is to permit the (Police) Commissioner in times of need to make deployments. There is no one in the Castries Constituency Council that can override the power of the Commissioner. His authority is unassailable,” Julien said.

Another criticism of the bill was that not enough consultations of key stakeholders took place before its drafting. Both the prime minister and the attorney general disagreed.

“We tried our best to get as much consultation as possible,” was the prime minister’s take. Julien noted that persons familiar with the process of enacting legislation would know that consultations are part of that process.

Another concern was that of public oversight of the City Police. For instance, the police force has a   complaints department where members of the public can lodge their complaints against a member.

Where can a member of the public file a complaint against a constable of the city’s constabulary if he/she needs to?

Julien agreed that should any issue of discipline arise there must be a mechanism to deal with it adding that there is a provision to deal with scenarios like this and it’s in the Act.

“Remember the power to appoint these persons resides with the oath being taken by whom – the Commissioner. If there is anyone who does not meet that threshold, the commissioner would have that power not to grant that person the oath and we have examples of it.

“With regard to the mode of disciplining these persons, there are internal mechanisms to deal with it” Julien said. “Remember we are not creating the constabulary. This is an entity that is of some vintage and has served our nation well. Over time their power seems to have been diminished and there was a need to revisit the Act with that in mind.”

Commissioner Severin has since shared his concerns with the prime minister and Julien who told reporters that he cannot share those concerns with them.Other concerns as expressed by members of the public regarding the bill can be found in several of its sections, like section 27 for instance where it says that a Castries City Police, in addition to the special powers  vested in him or her under this Act, has in respect of the whole of Saint Lucia the powers, privileges and immunities conferred on a constable by the Common Law, and the powers, privileges, immunities and liabilities conferred or imposed on a constable of the corresponding rank by the Police Act. Cap.14.01.