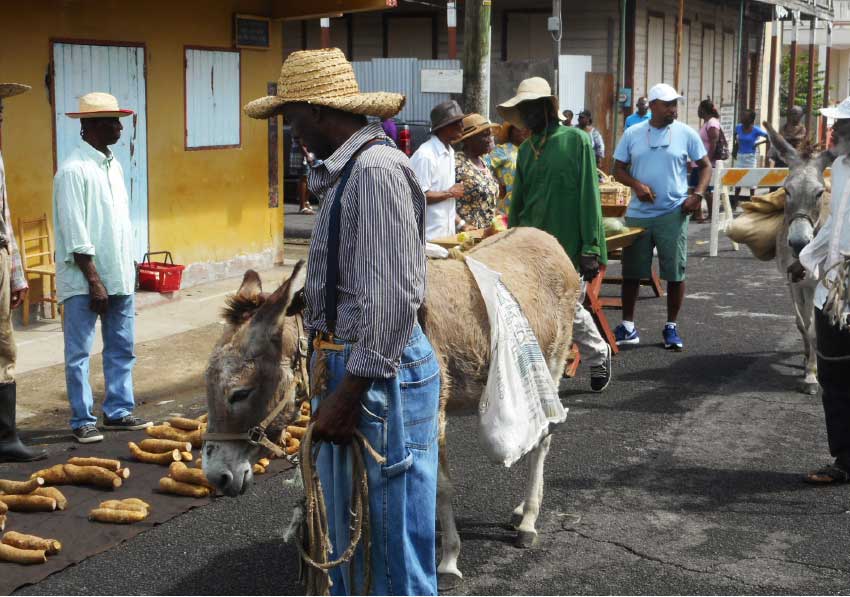 Maybe with just a little help from friends at the region’s top bank?

I ELECTED last week to also stay away from the public activities organised for the 40th Independence Anniversary celebrations, instead concentrating on how our TV stations covered the day.

I did the same this past Sunday as well, instead of peeking from a perch on the Millennium Highway as motorcycles bearing nearly-bared perches cruised past in the much-anticipated island-wide national motorbike spin.

I will remember all I heard and saw, but most of all will be how overjoyed I was by the film Nanah’s Paradise, featured on one of the new local channels last Sunday.

Plus, it also reflects a Caribbean reality, even if in a different language (Kweyol) and a very Saint Lucian cultural format.

It’s a poor-family story of a hard-working rural mother caught between tolerating a jealous, philandering and abusive husband and caring for a bunch of their very loving children.

Nanah’s trials and tribulations will indeed strike a chord everywhere women are still treated as sub-humans.

The gripping film’s lovely end-story isn’t always what happens in such cases, but it also reflects the wish, hope and aspiration of every mother in Nanah’s place, wherever.

Last Sunday, right there at home, I had finally come face-to-face with Mathurine, who also stars as Nanah.

Shot at places and with faces Saint Lucians will recognize and scenes also featuring London’s Oxford University, this is a masterful production by this veritable mistress of the movies.

The nearly-all-local and mostly-first-time cast played their parts well enough to tell and show the real-life Caribbean story.

Mathurine Emmanuel is not the only local film-maker to watch. Davina Lee is another quiet but rising diva producer and director who’s also been representing Saint Lucia at international film festivals.

I also haven’t seen a Davina Lee film. But from what I saw from Mathurine on Sunday, I now want to see everything they’ve done. But how?

Here’s my view: The end of every year features the annual international film awards – Cannes, BAFTA, Oscars, etc. – all with one common thread these past two years: recognition of the role of women in the film industry, supporting their demands for inclusion and against sexual exploitation and appropriately and equally rewarding their efforts when they produce great films or act greatly.

I propose that since we don’t (yet) have a national film festival, we can start by looking in that direction.

The Annual Saint Lucia Film Awards (and a Caribbean equal) will both encourage local/regional film makers to produce at least one film every year – in any range of sections – and also assure them that their efforts will be appropriately rewarded.

Fact is, film production has been growing in almost every Caribbean island and territory over time and the time has come, in this day and age of digital and social media, for the old films of yore (like The Right and the Wrong and The Caribbean Fox produced in Trinidad & Tobago several decades ago) to also be revisited with fresh views and new angles, in manners that will also help today’s 21st Century Caribbean film makers take the industry to the next level.

Where to begin? The recently-established Cultural & Creative Industries Innovation Fund (CCIIF) – a new Caribbean Development Bank (CDB) program seeking to do what its name says across the region — will be a good place to start.

Officially launched at the February 2019 Annual CDB Press Conference in Barbados with a US $2 million start-off capital base, the CCIIF seeks to eventually put Caribbean culture on an equal footing as all other untapped regional resources worthy of development as economic planks in each country — and across the Caribbean region.

And yes, like all other aspects of Caribbean culture that remain untapped, the CCIIF also has a place for Caribbean films.

So, why wait longer?