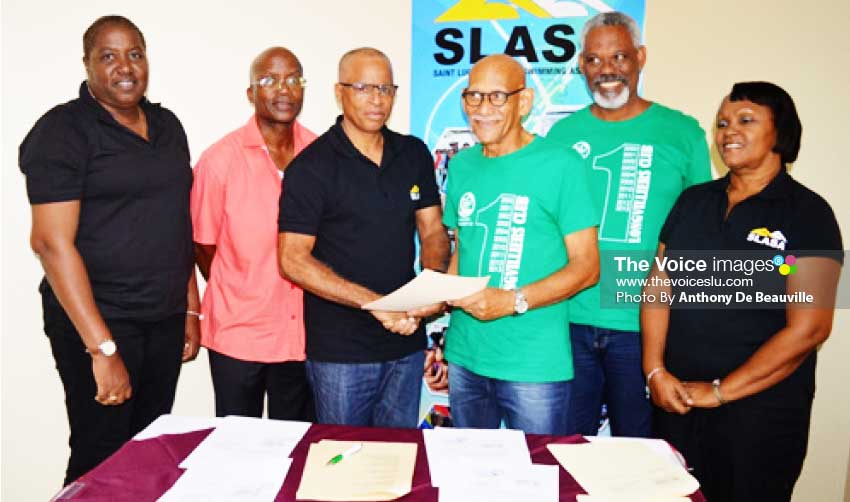 AFTER a fourteen year hiatus (2005 – 2019) Saint Lucia will host the 26th edition of the MIAGE Swimming Championships at the Rodney Heights Aquatic Center in Gros Islet, from April 6 – 7, 2019.

In 2005 Saint Lucia signed on and hosted the 16th MIAGE through Hurricanes and Trident Swim Clubs. These two Saint Lucian Clubs are no longer in existence, therefore the Saint Lucia Aquatic Federation took up the initiative to rejoin the grouping by becoming signatory to the MIAGE agreement, signed on Saturday 20th October 2018 at the Bay Gardens Hotel in Rodney Bay.

According to SLAF, swimmers, officials and supporters will begin arriving from Wednesday, April 3.

Five clubs from Martinique and three clubs from Guadeloupe are expected to grace the shores of Saint Lucia with over 120 swimmers enthusiastic to compete in this notable MIAGE Championship.

A total of 200 plus French nationals (swimmers, officials and supporters) are expected to grace our shores for the MIAGE.

Scoring for the Meet will be controlled using the French system.

The Saint Lucia Aquatics Federation like previous hosted event at the RHAC is inviting Saint Lucians to be part of this exciting sporting and cultural swimming competition.