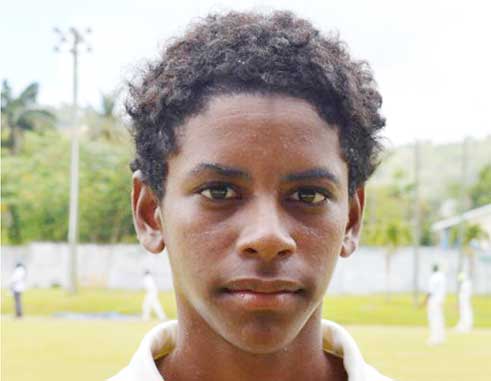 A new champion will be crowned this year as the finals of the 2019 Massy United Insurance Schools Cricket Tournament will be contested between St. Mary’s College and Micoud Secondary as both teams registered victories in the semi-finals of the competition played Wednesday 20th March.

St. Mary’s College batting first after winning the toss was dismissed for 144 in 27.1 overs with the tournament’s leading run scorer West Indies Under- 15 player and team captain AckeemAuguste top scoring with 51 which included seven fours and one six. Other useful scores for St. Mary’s College came from Sherqwayne Prudent with 24, DesneGidharry 17 and Zidane Arthur 15.

The main wicket takers for Sir Arthur Lewis Community College were, Craig Elisee with 3 for 15 , Simeon Gerson 3 for 30 and Kyle Adonis 2 for 25.

In reply, Sir Arthur Lewis Community College was bowled out for 128 in 40.2 overs with Chaz Cepal and Simeon Gerson top scoring with 27 each and Rashad Gaston making 13.

Bowling for St Mary’s College, Amari Venner bagged 4 for 20. Sherqwayne Prudent 3 for 20 and AckeemAuguste 2 for 32.

At the Wenn playing field in Mon Repos, Micoud Secondary enjoyed a comfortable 43 run victory over Corinth Secondary in another low scoring game.

Micoud Secondary batting first after being inserted by Corinth Secondary was dismissed for 114 in 30 overs with Brent Edward making 23, Jelan Justin 11 and Dichege Henry 10.

The chief wicket takers for Corinth Secondary were, captain Lee Solomon with 4 for 10, Neve Hubert 2 for 16 and Dari Greene 2 for 31

In reply, Corinth Secondary was bowled out for 71 in 23.4 overs with Daniel Edwin scoring 15, the only batsman to reach double figures.

Doing the damage with the ball for Micoud Secondary were, NeanDeterville 3 for 10, MarklinEstaphane 3 for 19 and Dichege Henry 3 for 22.

The finals will be played on a date to be announced by the organizers.