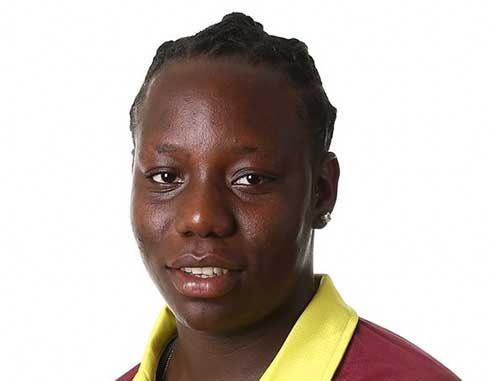 Qiana who is now a young adult has been called up by the West Indies selectors to attend several training camps in Antigua and was honoured to join the World T/20 team replacing Shenita Grimmond who became incapacitated prior to the commencement of the World T/20 which was played in Guyana, Saint Lucia and Antigua in November 2018.

She has one international wicket to her name and made her debut for the West Indies Women’s Cricket Team during the 2017 ICC 50 Over Women’s World Cup which was held in England and Wales.

The Saint Lucia National Cricket Association applauds Qiana’s achievements, and wishes her all the best in this leadership role. She is also encouraged to seek guidance and further leadership experiences from those who would have attained the same civil liberties and perhaps more honours during the “Glory days” of Women’s Cricket in Saint Lucia, at both the national and international levels.

Additionally, we wish to congratulate Allyah Alfred who has retained her selection, Princess Oliviere who is a reserve and especially Zaida James who recently joined the Senior Windward Islands Women’s Cricket Team replacing Grenadian, Aria Fortune.