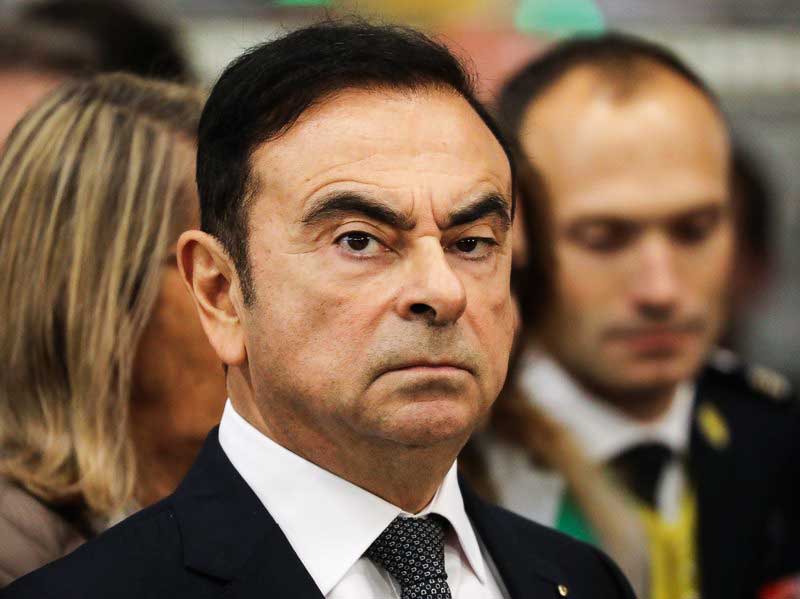 IF ever there was something called Hostage Justice, Japan would most likely rank as the best place to see how it works.

Take the case of Carlos Ghosn, a Brazilian entrepreneur who, as Chairman and CEO of Nissan Corporation, became the first non-Japanese CEO of an iconic globally-active Japanese private corporation.

Ghosn, world-renowned for his acumen in the international car industry, was also head of the French car firm Renault, which he eventually led to purchase 40 percent of Nissan.

The Latin American would over time turn Nissan into the global asset it now is and he soon became a titanic super-CEO, heading both Renault and Nissan at the same time – and also having a say at Mitsubushi, the major South Korean car maker.

Praised and respected across Japan like a guru, Ghosn enjoyed admiration of a semi-God – and his multinational jet-setting lifestyle of the rich and famous attracted no attention.

Or so it seemed…

All of a sudden last November, Ghosn was arrested as he was about to board a jet in Japan and slapped with a series of charges that attracted international attention to the particularities of the Asian nation’s justice system.

The Nissan boss was overnight taken into custody and slapped with several charges that were sparingly phased to ensure he was kept in detention every time the statutory time limit for holding him expired.

He was accused of under-stating or failing to disclose his earnings and illegally passing his personal losses onto Nissan.

Never mind hiring the most expensive and experienced lawyers in Japan, Ghosn spent just over 100 days in custody, his successive bail requests consistently rejected — until long after he’d been removed from his top positions at Nissan, Renault and Mitsubishi.

Even on the day of his release on bail, the fallen car giant was further disgraced — disguised as a masked maintenance worker and escorted out of the detention center with an already informed world press anxiously waiting in helicopters, on motorcycles, sidewalks and everywhere the unlikely small vehicle carrying Ghosn was to follow.

Now free on tens of millions of dollars’ worth of bail, the fallen titan is tagged with electronic tracers, he cannot use a telephone (or any electronic devices), can’t leave Japan until after his trial — and must report daily to the nearest police station.

Those who understand the Japanese legal system well enough suggest that given the severity of the charges against him, the number of cases, the usual persistence of Japanese state prosecutors in such cases and the duration of such trials in Japan, Ghosn may spend years in judicial lockdown in Tokyo.

The corporate carburetor’s crash was a most remarkable fall from grace – from the only foreign CEO all aspiring Japanese business people were urged to emulate to spending one hundred days in judicial detention, solitude and silence.

Like a beheaded hydra, the corporate head lost both his heads at Nissan and Renault, informed observers citing that with the French government as the majority shareholder in Renault, Corporate Japan could no longer bear French (government or corporate) control of the iconic Japanese corporation.

Nowhere has it been openly suggested that Ghosn was the victim of a conspiracy to cut him down to size.

Nor has there been any suggestion that a strong dose of ultra-nationalist Japanese sentiment caused even stronger doses of professional and xenophobic jealousy among his fellow chieftains at one of Japan’s biggest global private corporations.

Ghosn was not the first high-flying international business star to fall so quickly from the global corporate skyline.

His quick descent was not unlike that of several others – even in Caribbean history — who one night went to bed with all life’s riches and the next day awoke dead broke.

But Ghosn’s is (so far) by far the most lethal corporate lynching on a global scale, for the 21st Century.

And his trial hasn’t even begun!