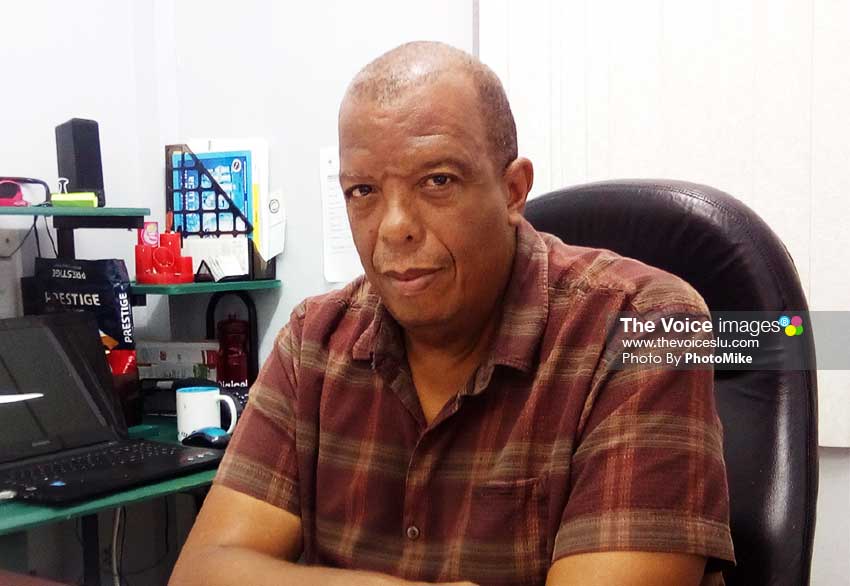 THE past two days have been quite active for the Government Negotiating Team (GNT) as members scramble to ward off further disruption within the public service as was seen earlier this week when teachers and other public sector workers staged a sickout Tuesday, and to a certain extent Wednesday.

The team, headed by attorney Vern Gill met with teachers Thursday and the executive of the Trade Union Federation. On Friday it was the turn of the Civil Service Association. The government’s team is expected to meet with the Police Welfare Association and the Fire Service Association on Monday.

Efforts to get a comment from Gill has been fruitless however yesterday one member of the team told this reporter that an amicable settlement is being strived for.

The VOICE learned that the government team plans to have meetings with the various public sector trade unions with a view of completing negotiations with all by the 28th of this month.

The trade unions are sticking to their guns despite withdrawing one of their demands which was for the government team to meet with them Thursday.

Firefighters were still holding out with the industrial action they commenced earlier this week when this report was written. Their association met with Labour Minister Stephenson King Thursday night and yesterday the entire membership met at the CSA’s auditorium in an emergency meeting to receive an update from their executive on the meeting with King, and to map a way forward and prepare themselves for Monday’s meeting with Gill and his team.

President of the police Welfare Association Travis Chiquot said Monday’s meeting will be a continuation of about six meetings his association has had with the government team.

“We are continuing from where we stopped. We are hoping to hit the nail hard on Monday,” Chiquot said, adding that Monday will determine whether government is serious about its workers or playing with them.

President of the Saint Lucia Teachers’ Union Julian Monrose is on record as stating his happiness with the way the meeting between the teachers’ union and the government negotiating team went. The meeting was all about proposals for conditions of work that the Union had submitted long ago.

“We went through most of the items that had been proposed to government,” Monrose is on record as saying. He is expecting to return to the bargaining table with the negotiating team within the next two or three weeks.

Yesterday’s meeting between the CSA and the GNT focused on terms and conditions of work, a source revealed prior to press time. An intention by government to increase the opening hours of the polyclinic at Gros Islet was down for discussion as well.

According to our source the CSA met with the government team to secure what it could for its members at the present time. Salaries and other matters would be discussed at a later date.

The current unrest in the public service emerged from the tardiness of trade unions and the government to meet to deal with the 2016 – 2019 Collective Agreement.

The trade unions claimed that at the time they were to meet with the government team in 2016 – the first year of the agreement – general elections disrupted the holding of that meeting.

Both Monrose and the CSA’s General Secretary Claude Paul said trade unions agreed to give the new government time to settle down and not press for a meeting since this was a delicate stage for the new government.

Government was made aware of the pending negotiations for the 2016 – 2019 triennium in 2017 but negotiations actually took place in 2018 beginning first with the appointment of the negotiating team in May of that year, which was when government showed its intention to get negotiations underway.

Now Paul blames government for the protracted delay in closing negotiations for the triennium in question.

“That has been the GNT’ fault,” Paul said. “Can you imagine the last meeting we had was in August 2018 and since then it has been an exchange of letters about a lump sum for Christmas and these kinds of things,” he added.

He feels as if the GNT suspended negotiations on their own. With the 2016 – 2019 agreement due to expire at the end of this month and the new one, 2019 – 2022, on the horizon it is unclear whether new demands will be forthcoming from the trade unions.

A press release from the Office of the Prime Minister noted government’s commitment to the general welfare of all Saint Lucian workers with the core of its policies being the boosting of morale and the improvement of the productivity of the State, among others.

“The Government reaffirms its commitment to the process of engaging workers and looks forward to the expeditious conclusion to the 2016-2019 public sector wage negotiations,” the statement read. “The government remains confident that the Cabinet-appointed Government Negotiating Team and the negotiating parties can reach consensus so that together we may move forward.”