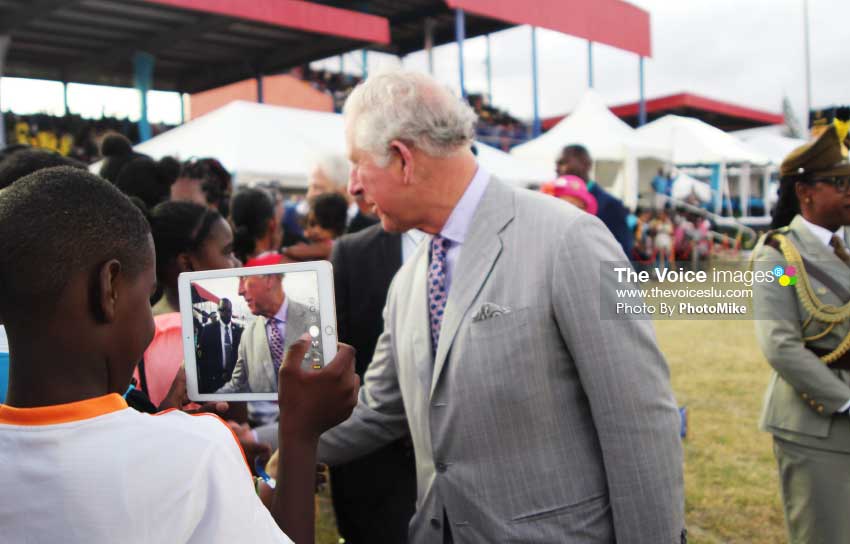 THANKS for coming to see us recently. We appreciated your visit, particularly at this auspicious time in our nation’s life. The kids especially were terribly excited to see you in the flesh.

In your address at the Phillip Marcellin Grounds, I heard you say to the world (potentially), that Saint Lucia is the only country on the planet which bears the name of a woman, and I immediately thought of poor little Saint Helena, sitting down there in the South Atlantic and being ignored or forgotten – by (wait for it) one of her owners to boot, she being a British Overseas Territory. So, what did I miss? Could that be the catch then? That she is not an independent country? I can’t imagine it. My, my, and I thought I was the pedantic one!

Do please acknowledge the volcanic, tropical Saint Helena, just as we acknowledge Bermuda, another of Britain’s overseas territories, or do let’s be specific and say that when we make the aforementioned claim, we’re talking of a set which includes only independent countries like Saint Lucia.

Further, Your Highness, I am willing to wager, that one can find not a few other islands/countries with women’s names. I think particularly of the many which there are, this time in the South Pacific. Now, these territories’ names may very well not bear English names of women, but I would be surprised if we couldn’t find a Polynesian feminine name, or a Micronesian, a Maori, a Tongan, even a Malay or Indonesian woman’s name somewhere in the archipelagos which dot the vast Pacific.

Now, having had a go at you, I am given to wonder whether the statistic under discussion was in fact passed on to you by your hosts, that is, our very own Saint Lucians, who appear to wallow in selling the statistic that Saint Lucia changed hands 14 times, no matter how I try to educate them, with explanation, to the fact that it was, and is, 13. Our people seem to enjoy trading in such titillating statistics as: two pitons, two airports, two Nobel laureates, and at one time, even two Prime Ministers, remember? Feels as if I’ve missed one – or should that be two?

Anyway, back to Saint Helena, all 47 sq. miles of her. St Lucians, should go give her a look-see in an atlas (remember such an invention?) or online, and tell me if you don’t agree that she is being short-changed, and whether we should continue to perpetuate the myth, even if others might.

And by the way, make no mistake; I remain partial to the Prince.