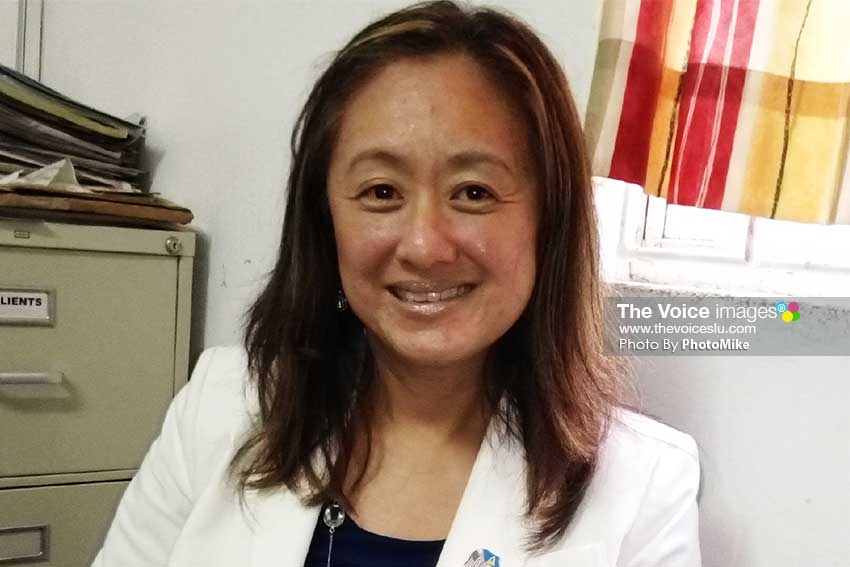 A LIGHTNING fast visit to Saint Lucia and the Caribbean Thursday by Julie Chung, Principal Deputy Assistant Secretary in the Bureau of Western Hemisphere Affairs of the United States Department of State, is breathing fresh air into relations between the Caribbean and its more powerful neighbour to the north.

Considered the “third border” of the United States, the Caribbean has long depended on its northern neighbour for almost everything. And the United States, recognizing the strategic importance of the Caribbean to its own well-being, understands the need for the two to have strategic engagement considering their common interests and societal ties that yield daily tangible benefits for both U.S. and Caribbean citizens.

Chung, who first stopped in Barbados before visiting Saint Lucia, the Caribbean trip being her first ever, had a brief discussion with The VOICE Newspaper in which she explained her country’s recommitment to the Caribbean region by way of a multi-year strategy known as the U.S./Caribbean 2020 Strategy that would assist the Caribbean in many areas such as in education, citizen security, prosperity, energy, diplomacy, health and more.

“This year since I came into this job there was a deep commitment in Washington to recommit, to re-energize, and revitalize this strategy and this commitment. It crosses many areas, diplomatic engagement, security, economic prosperity, energy, health, and education. This was not chosen out of thin air, this was in consultation with the Caribbean countries to see what they cared about,” Chung said.

Many of the areas mentioned above were discussed between Chung and Prime Minister Allen Chastanet when they met Thursday, particularly the need to partner on law enforcement and security issues in order to combat transnational crime, going as far as addressing issues confronting at risk youths.

“These are all the things we would like to address together,” Chung said. “We are neighbours, we are partners, we are third borders – we are very closely intertwined. So how do we make that more concrete? How do we move forward?”

The answer, Chung said, could be found in the many meetings, events and engagements the two regions have had in the past and those upcoming. She noted that in June of this year “we’re going to be gathering all the Caribbean countries in Miami for an investment conference to really look at what the challenges are to investment and what can draw more investors to the Caribbean.”

“We are working with our Department of Commerce and our Foreign Commercial Service to look at how to do business match ups,” she said.

But while Chung was sincere about her government’s desire and willingness in bringing investment to the Caribbean region, she was practical in pointing out that all of the aforementioned will not happen overnight.

The two regions will cooperate next month by putting together an event for disaster preparedness and will together look at concrete ways to address disaster relief.

The United States strategy for engagement in the Caribbean includes working with Caribbean countries to ensure ISIS is denied a foothold in the region, dismantling illicit trafficking networks, enhancing maritime security, confronting violent and organized crime, and increasing the sharing of threat information among countries.

The Strategy for Engagement will seek to increase both regions’ prosperity by promoting sustainable growth, open markets for U.S. exports, and private sector-led investment and development.

On energy, exports of U.S. natural gas and the use of U.S. renewable energy technologies will provide cleaner, cheaper alternatives to heavy fuel oil and lessen reliance on Venezuela.

On education the U.S. plans to focus its resources on exchanges and programmes for students, scholars, teachers, and other professionals that provide mutual benefits to U.S. and Caribbean communities and promote economic development and entrepreneurship.

In the area of health the U.S, plans to continue to partner with countries in the Caribbean in the fight against infectious diseases, like HIV/AIDS and Zika and recognizing deadly pathogens which are threats that know no borders.