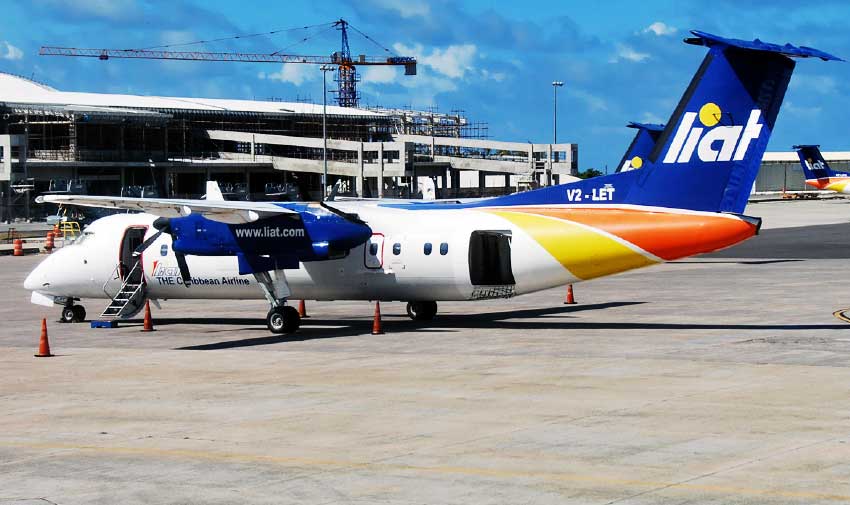 THE Leeward Island Air Transport, better known by its acronym LIAT is in financial difficulties and has asked sister CARICOM countries for a cash injection, Saint Lucia being one such country.

But Saint Lucia’s Head of Government, Prime Minister Allen Chastanet is not at all interested in writing LIAT a cheque, at least not right now. Chastanet has outlined conditions under which his government will acquiesce, however much of Saint Lucia’s acceptance of LIAT’s request depends on the airline itself.

Chastanet, for instance, said that his government would not consider the request by LIAT unless there is a significant restructuring of the airline, which would include a smaller cost attached to the running of the airline. But there are other conditions as well.

“Saint Lucia’s position is very clear. We would not consider doing any of those things (injecting cash into LIAT) unless there is a significant restructuring of LIAT, that we would know the cost of running LIAT is not going to be what it currently is,” Chastanet said.

The prime minister said that his understanding is that LIAT is in negotiations with the unions and the lessors of the planes.

“We have not gotten any feedback as to what the results of those negotiations are, but, as a point of principle, Saint Lucia would be willing to support LIAT but under certain conditions and those conditions are:

“That we are satisfied that the restructuring of LIAT would be able to provide adequate service to this region at the most effective and efficient cost structure. Secondly, we believe there should be competition. If LIAT remains the same Saint Lucia will not participate, but if there are these fundamental changes then we would be very happy to do that,” Chastanet said.

On the matter of competition Chastanet zoned in on Inter-Caribbean Airline flying into Saint Lucia from Dominica and the British Virgin Islands and their desire to base two to four 30-seater planes in Saint Lucia, which Chastanet said would be able to fly to Barbados, Trinidad & Tobago, Guyana and Antigua.

A proposal has been made to Saint Lucia to put in a one-time cash injection of about US$600,000 into LIAT. Prime Minister Chastanet said Saint Lucia was also asked to provide feedback on specific routes or whatever routes Saint Lucia would like to see LIAT continue to fly on. The prime minister also said that it would cost Saint Lucia US$1.6 million a year in order to maintain the existing route structure.

The call for more Caribbean countries to consider investing in LIAT came from Antigua’s Prime Minister Gaston Browne. The major share holders of LIAT are Antigua, Barbados, Dominica and Saint Vincent and the Grenadines.