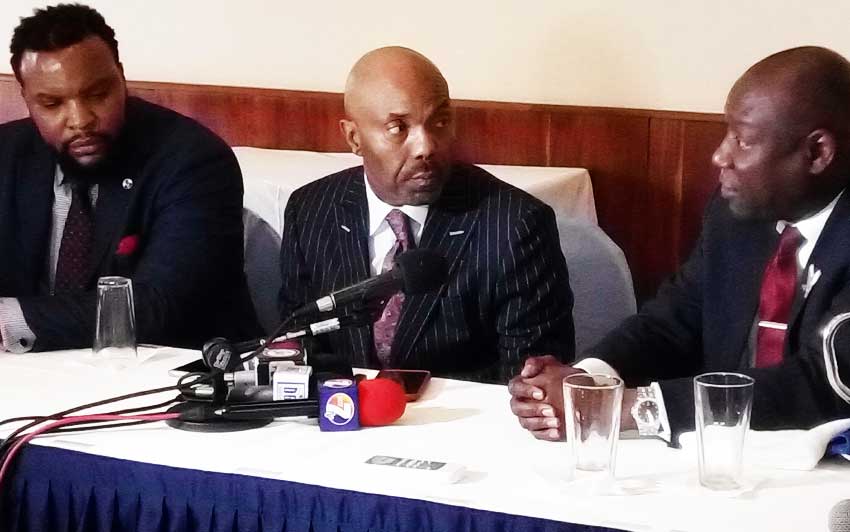 ATTORNEYS representing the family of the late Botham Jean are calling on Saint Lucians to play their part in getting justice for the 26-year-old who was killed in his Dallas, Texas apartment by a female police officer in September last year.

The attorneys met with local media yesterday at the Windjammer Hotel and explained that the country’s prime minister and the government should engage the United States government and say thus:

“Our citizen was killed in your country in an unbelievable way and we are looking to you all to make sure that justice is done.”

They claimed that Saint Lucia can turn this situation into an international matter that should never be forgotten.

“With Saint Lucia and Dallas both demanding justice the Texas governor should be asking to meet with the family of Botham Jean. Saint Lucia, we petition you all to do your role to get justice for Botham Jean as well,” said attorney Benjamin Crump.

“We all have to have an interest in this and we need to all come together, be proactive in this situation,” Crumps added.

The attorneys all agreed that they are fighting the Botham Jean case on behalf of the family as if Botham was their little brother.

Jean’s mother Allison thanked the Saint Lucian public for standing with her family in their time of sorrow. She urged all to be alert about the case and let their voices be heard.

“I realized that the Saint Lucia media is keenly interested in the case and very often I see news articles and news items relating to the case. What we have to do is to be alert and although we are in Saint Lucia, we should follow the Dallas news as keenly as possible and let our voices be heard.

“Our family is broken at what has happened but we have to show to Dallas and the United States that Botham’s life mattered. The manner in which his life was taken is one that really tells everyone that nowhere at all is safe. We have to show the United States and the world that Saint Lucia being this dot on the map will not tolerate a life being taken senselessly,” Mrs. Jean said.

According to the attorneys what they know was that on the night Botham Jean was killed Amber Guyger, the police officer who killed him, knew where her keys were, she knew where her car was parked at work, she knew she never had to stop to get somebody to give her directions to her apartment. She was able to find a parking spot; she was able to put her key card to open up to get to the hallway. She got to that apartment with a big red mat in front of it and now says she made a mistake.

Reports are that Guyger, 30, claimed she shot Jean, 26, after mistaking his apartment for her own and thinking he was an intruder. She said she parked on the fourth floor instead of the third where she lived and went to Jean’s door, thinking it was hers. He lived on the floor above her.

Jean who grew up in Saint Lucia attended college in Arkansas. He graduated in 2016 from Harding University, where he often led campus religious services as a student. He had worked for accounting firm PwC since graduating.