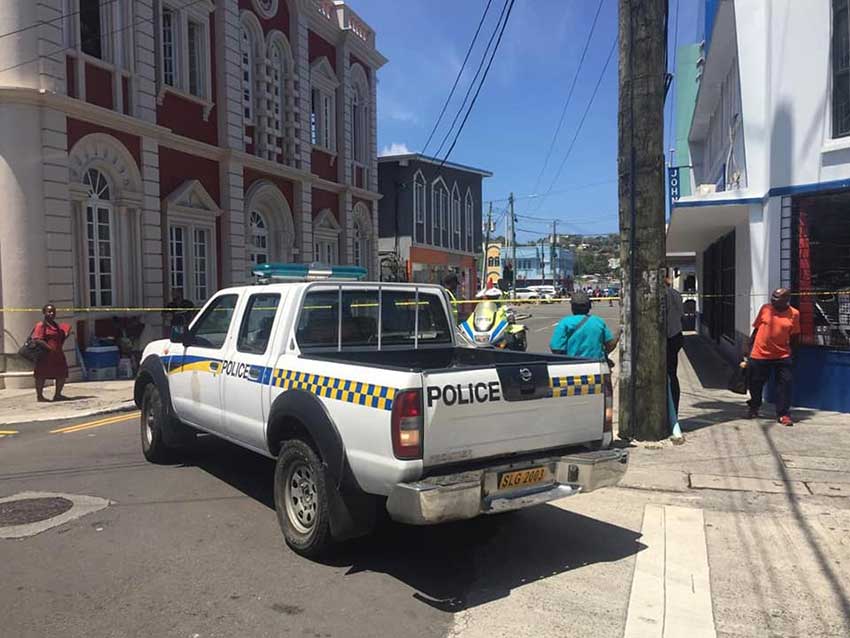 An apparent bomb threat to one of the city’s business establishments caused widespread panic and disruption to normal work operations.

Workers assembled in the two safe zones, Constitution Park and the Derek Walcott Square, as officers from the Royal St. Lucia Police Force cordoned off Bridge Street and the Corner of Micoud and, Bourbon Street.

More info in this weekend’s The Voice Newspaper.