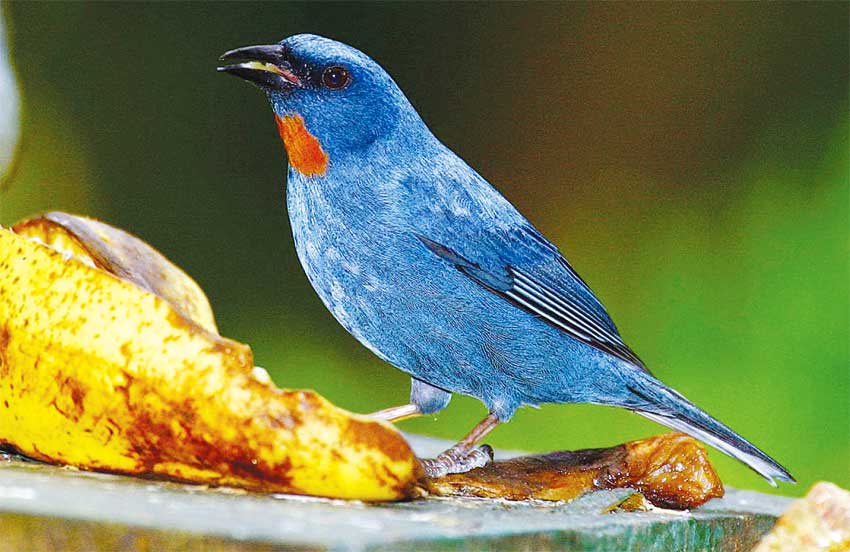 What inspires nationalism in an era when cultural penetration seeks to drown patriotism in the waters of globalization? Answer: National Symbols. Throughout the Caribbean Region, nations arm themselves with symbols to defend their nationhood. The National Bird is one such symbol. The timid, multi-coloured Sisserou Parrot is Dominica’s National Bird. This feathered treasure is prominently featured on the Coat of Arms, the National Flag, the Public Seal and The Mace of the House of Assembly. Martinique is home to 180 species of birds – 38 of which occur in the Lesser Antilles Endemic Bird Area. Elsewhere, French sister Guadeloupe has been hailed as a birder’s paradise. Numerous migratory birds call Guadeloupe home – making Gradeloupe a favourite getaway of nature lovers. Is your island a haven for your National Bird? What are you doing to help make it into a bird paradise?

Happenings
On March 21st 2019, the world celebrated World Forests Day under the theme “Forests and Education”. This is happening at a time when vast areas of forests are being threatened because of development and indiscriminate deforestation. Habitats are being destroyed and species are disappearing. But we can help. Plant a tree! Encourage others to plant. Speak to others about the dangers of deforestation – in particular soil erosion and landslides.

Neighbourly GetAways
Looking for a close encounter with the Caribbean’s Patriotic Plumage? Caravelle Peninsula in Martinique is home to numerous species of birds. These birds live in swampy mangrove areas, rocky coasts and near the white beaches of the peninsula. The Northern Forest Reserve of Dominica is the perfect place to spot the island’s two indigenous species of parrot, the Sisserou and the Jacquot. This bird sanctuary which was opened in 1977, encompasses some 22 000 acres of land. Parc National de Guadeloupe is the place to be listening to the hoarse cries of the “Toto Bwa” or le pic de Guadeloupe: the Guadeloupe Woodpecker. Endemic to Guadeloupe, this bird has colonized several of the forests on the island; over 7000 couples can be found in Basse Terre. Bird watching in Guadeloupe is not only observing but a study of bird species on the island and bird watchers are welcomed all year round on the island.
History
Historical note! In Guadeloupe, there are over 250 species of birds recorded. Martinique was once known as “the island of Amazons”. Did you know that the Sisserou Parrot is also known as “the Pride of Dominica”?
Get to know your neighbours!

A bit of the French for the Visitor