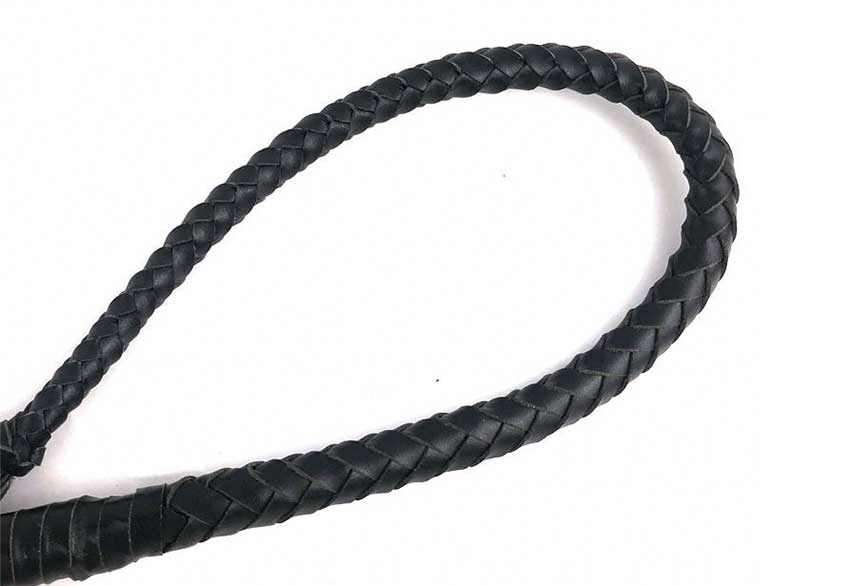 ‘SPARE the rod and spoil the child.’

That’s what today’s Caribbean grand-parents grew-up learning and practicing, which they taught and bequeathed all their lives at home, school and play.

Few regional citizens alive who grew up in the British and French West Indian colonies can ever remember just how many spankings and floggings they got at home and school.

Today’s younger Caribbean generations have absolutely no inkling of what it was like, but the older folks will let them know it just wasn’t easy growing up under the Union Jack.

Originally institutionalised by Europeans during slavery through flogging of slaves and continued after abolition through legal public floggings (like with the infamous ‘Cat-Of-Nine-Tails’) in the colonies, painful enforcement of discipline has long been a part of Caribbean culture.

Parental spankings graduate with age and a corresponding increase in the amount of pain is applied with everything from bare hands, leather belts, broomsticks, walking sticks and plastic hoses to whips cut from tamarind trees.

In most Caribbean Community (CARICOM) states, teachers still have the official power to administer regimented ‘discipline’ through varying degrees of ‘punishment’, using ‘acceptable’ methods and instruments.

‘Corporal Punishment’ is the official definition for physically administering discipline in various ways — all which the Oxford Dictionary defines as ‘flogging’.

It’s applied by teachers with whatever level of force and using any instrument they consider appropriate to render the level of pain they consider necessary.

At infant school, any teacher could give ‘lashes’ to any pupil with a belt or ruler. But at primary or secondary levels, the painful punishment is applied by the principal.

Punishment at school is delivered in two main ways.

First is through the levels of intended pain that can be applied according to the teacher’s judgment.

Second is the supposedly ‘painless’ series of time-consuming tasks that include students being punished with assigned tasks over prescribed periods under in-house supervision, repeating timed physical exercises during classes, writing one sentence hundreds of times — or being kept in ‘detention’ for long periods after school.

Painful or painless though, the bottom line is that over a lengthy period of time and history, Caribbean societies accepted the notion of punishment being a natural cultural norm and a guaranteed way of effectively teaching children and young people to distinguish between good and bad, right and wrong.

More than teachers, though, parents and guardians have always been considered to have ‘natural’ rights to choose when and how to punish their children or wards — for whatever reasons.

Not all parents painfully punish their children and an increasing number use non-painful means to discourage children from misbehaving, such as temporary deprivation of their favourite gadgets or restricting their fun movements. But this is still an emerging minority.

However, nowhere in the discussion is there any consideration of flogging, beating, lashing and other forms of physical application of pain as being acts of violence.

Way back in colonial times (as if they had automatic transfer of parental power in times of need), any adult meeting a known child astray during school hours was free to scold or punish him or her.

But then and now, no consideration is ever given by parents to even a mere thought that by inflicting intended pain on children they gave birth to can constitute violence.

Parents still see nothing wrong with inflicting pain on their offspring because they grew-up in societies that traditionally accepted such forms as supposedly guaranteed ways of instilling discipline.

Supporters of Corporal Punishment by teachers and parents continue to insist that society should ‘Never spare the rod and spoil the child.’

They defend infliction of intended pain by arguing that absence of such ‘disciplinary measures’ at school will encourage students to ‘feel free’ to do wrong – and ‘with impunity’.

But the backlash to the removal of the whiplash was immediate: Some teachers took to the social media to complain that students are now ‘leaderless’ and ‘rudderless’.

A world of evidence suggests that cultural norms and traditional societal practices should always be considered in approaching implementation of changes from old to new.

But it continues to be an uphill task to get Caribbean governments and people, teachers and students, parents and guardians, to agree on whether there’s any relationship between discipline, punishment and violence – or on whether ‘sparing the rod’ will actually ‘spoil the child’.

The most to be expected (at this time) is for the various stakeholders to agree to disagree – and keep on disagreeing.