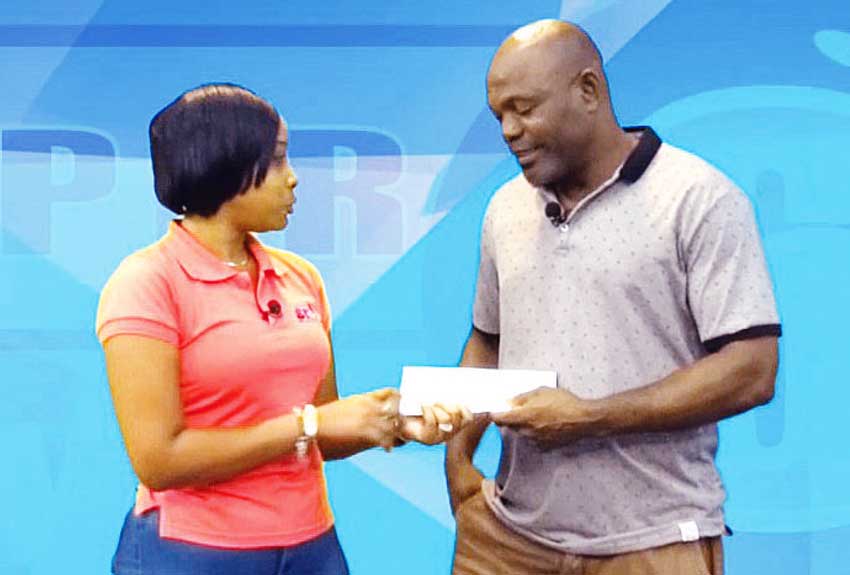 THE year has started off in high gear for SNL and most certainly gamers. Two lucky gamers enjoy a life changing experience in the month of January after playing Super 6! Victorin Weekes and Viventia Stephen are the latest winners of Super 6 jackpots.

Victorin Weekes is one of the happiest gamer of $480,000 which was won on Friday January 18th 2019. Mr. Weekes was very calm after finding out he was the holder of the winning ticket. He won on the numbers 4-11-15-17-23-26 with ticket letter E which he purchased from Ma Afa’s in Ciceron.

As is customary, once the Super 6 jackpot has been won it returns to the original amount of $200,000 and continues to accumulate until it is won again. In a matter of exactly one week after reaching $205,000 the jackpot was won again on Friday January 25th 2019. This time, Viventia Stephen was the owner of the winning ticket which she had purchased at the Hewanorra Service Station. Ms. Stephen won on the numbers 5-10-13-20-22-27 with ticket letter N.

The two lucky winners took no time to claim their winnings and the day was finally here when they would receive their cheques at the official handover which took place at the MBC Studio directly after the scheduled draws. Mr. Weekes and Ms. Stephen both indicated how happy they were to each receive their prizes. When asked how they would spend their winnings Mr. Weekes claimed “I won’t do much, just take care of a few little things I am missing to do.” Ms. Stephen echoed “I am happy and excited. This cheque is not only for me but it’s for family. I have children and grandchildren in school so this is the most important thing for me”. This win came at a very important time for Ms. Stephen having won the jackpot a few days after celebrating her 64th birthday not to mention her birth date was included in her winning numbers.

Super 6 which was introduced in 2005 continues to reward gamers with jackpots that allow them to enjoy life changing experiences that would not have been possible.