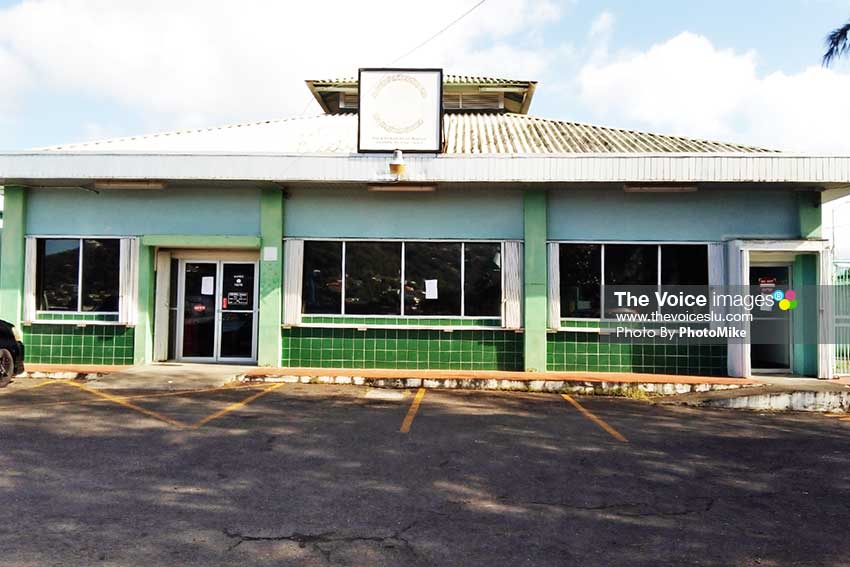 THE Saint Lucia Fish Marketing Corporation (SLFMC) will tomorrow officially close its doors, after 34 years of existence. However, the situation is not to the liking of the Saint Lucia Seamen Waterfront and General Workers Trade Union, the bargaining agent of the Corporation’s employees, all 40 something of whom will be on the breadline.

Employees were made redundant earlier this month as a result of an audit of the Corporation that showed it was unable to effectively and efficiently execute its mandate along with being confronted with significant losses and working capital deficiencies.

The corporation’s management, via letter, informed employees that it had the right, by law, to make their positions redundant quoting article 3.1 (e) of the Collective Bargaining Agreement of the Corporation and section 145 of the Labour Code.

The Union, in its efforts at contesting the redundancies, wrote to the Labour Commissioner advising to invoke section 167 of the Labour Act stating that it relates to the Corporation’s claims of redundancy.

“This letter therefore serves to formally and/or lodge the Union’s objection to the redundancy claim of the Corporation since it has not made available any accounts, statements or other relevant documents justifying its claims for redundancy,” wrote the Union in its letter to the Labour Commissioner.

The Union this week told The Voice that there has been “no just transition in the consultation with the Seamen Union on the termination proposal as evidenced in any communication between the two parties.”

The Union wants to know whether the Corporation has a valid reason for terminating employees since nothing indicates that both parties had reached the end of the process of consultation on the proposed termination of the employees.

“What are the facts in this matter that support the assigned reason for termination?” asked the Union, asserting that beyond the declaration of termination there has been no information detailing what the restructuring and reorganization of the entity is all about.

The Union is going a step further by promising to go all the way to a court of law if the Corporation does not withdraw its letters of redundancy to employees.

Both the Union and the Corporation met with Deputy Labour Commissioner Cornelia Jn Baptiste Tuesday afternoon on the issue, according to a source close to the matter.

Jn Baptiste will be writing to both parties outlining her decision on the case. Meanwhile the Union is calling for workers not to be dismissed pending Jn Baptiste’s decision. The Union is also claiming that the redundancies are unfair and wrongful and that the Corporation must justify its termination of employees.

“The Labour Act requires a valid reason which goes beyond a mere statement of intention to reorganize, restructure, save costs or to discontinue due to economic conditions or any specific reason demanded by practice and/or convention,” a Union spokesperson noted yesterday.

“It cannot be that the SLFMC’s only obligation under the law is simply to serve a four week notice of termination to its employees on the basis of retrenchment or the implementation of a new structure (article 32.1 of the Collective Bargaining Agreement),” he added.

The Corporation’s Chairman Timothy Greene though unperturbed by the Union’s claims, is as unhappy with the fact that employees have to go home burdened as he is with the realization that after three decades of existence the entity just could not carry on its mandate.

He dismissed the Union’s claims of not providing financial information to substantiate the Corporation’s decision to make all employees redundant noting that based on the Labour Code the Union is not taking the right approach in the matter.

The Union is contesting the redundancies under section 167 of the Labour Code. The Corporation is saying that it has met the conditions of section 167.

(2) An objection to a redundancy shall be in writing, setting out the reasons for the objection.

(4) Where an employer receives an order from the Labour Commissioner pursuant to subsection (3) and the employer refuses to obey the order, the employer commits an offence and is liable to a fine not exceeding ten thousand dollars.

Section 145 of the Labour Code also speaks to termination due to redundancy while section 146 deals strictly with constructive redundancy. The two are as follows:

Termination due to redundancy – Section 145.
(1) An employer may terminate the employment of the employee because conditions of redundancy exist which make the employee’s position redundant pursuant to subsection (2).

Constructive redundancy – Section 146.
(1) An employee shall be deemed to have been made redundant where his or her contract of employment is terminated due to the changing requirements of the business relating to new skills, qualifications or expertise. (2) Where an employee, without his or her consent, is consistently provided with terms and conditions of work which are not of the kind which he or she is employed to do, that employee shall be deemed to be in a situation of redundancy and is entitled to compensation for redundancy pay in accordance with Division 11.

The fate of the Corporation was made known by Prime Minister Allen Chastanet in his 2017 budget when he said that the entity “registered disappointing performances within recent years. He further stated that its financial and operational performance left much to be desired.

According to the prime minister, several competitors had entered the market ready to accept fish landed on island, a situation that calls into question the role of the Corporation. He also said that the competitors were performing that role more efficiently than the Corporation.

The prime minister spoke of the debt accrued by the Corporation over the years, and government loaning the Corporation $1.5 million to meet its obligations, a situation that added to the country’s debt stock.

The argument continues to be made that faced with stiff competition the Corporation had been hampered by its old mandate placing it in a position where it was unable to fight off competitors.