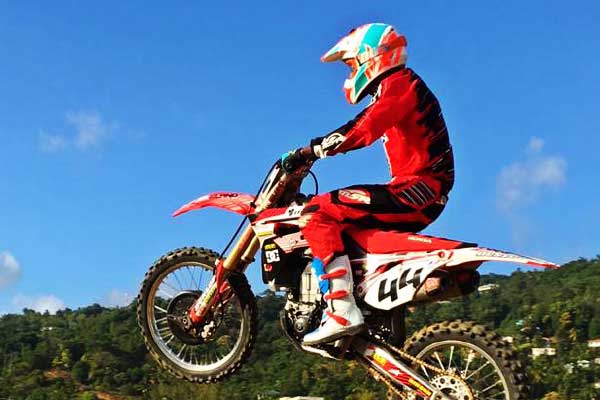 Last Friday’s Supermoto event which was held on Bridge Street and the William Peter Boulevard as part of the island’s 40th Independence activities marked the beginning of the St Lucia Moto X Club’s Motocross season.

This Sunday however, the venue is in Cul de Sac, where patrons will once again experience first-hand the thrills and excitement that only biking can generate.

According to a representative of the Moto X Club, “Our French partners were so impressed with the level of participation and crowd support at Supermoto they have already made plans to be on island this Sunday for Motocross.”

Start time is 2p.m. Admission is free but donations are welcome.

“Donations assist in offsetting the cost of track maintenance and other club expenses which are associated with hosting the Motocross events,” the Club representative noted.

The next Motocross race will be held on March 31st.