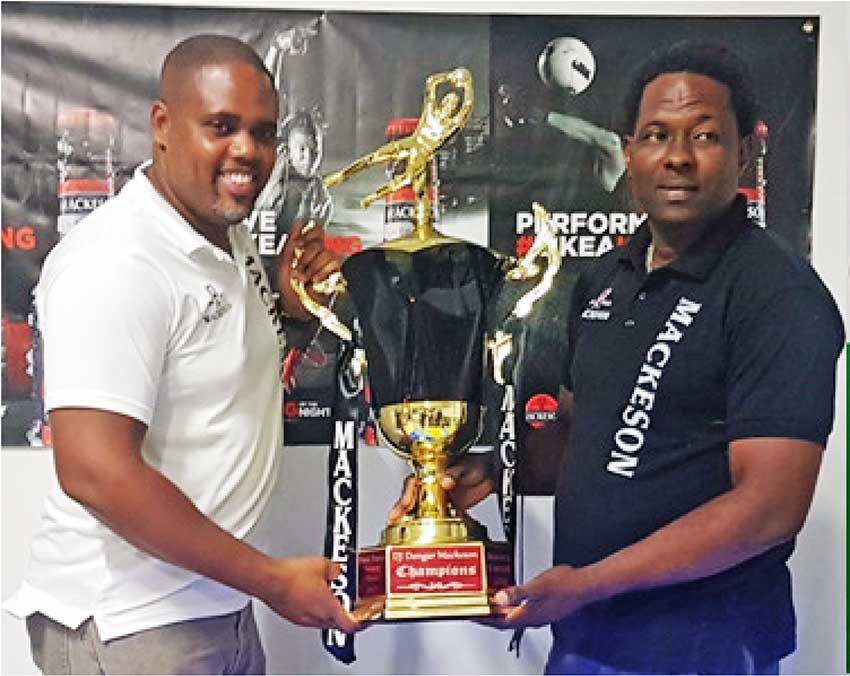 ON the heels on what has been dubbed a successful Veterans In Sports Inc Football Tournament that culminated last Sunday at the Phillip Marcellin Grounds in Vieux Fort; the attention now turns to the 11th edition of the DJ Dongar Mackeson Football Tournament, which kicks off this evening at the La Ressource playing field (Dennery) with two exciting matches on the cards.

In Game 1, from 6.00 p.m. ‘Uprising FC’ originating from Micoud will play ‘On The Rocks Strikers’ from Dennery.

At 8.00 p.m. the crowd is expected to double as it’s a repeat of last year’s finals, Rovers United of Mabouya Valley taking on Piton Travel Young Stars out of Dennery. Both matches are expected to be keenly contested, but this one in particular is expected to go down to the wire as Piton Travel Young Stars will want to revenge last year’s 7-6 defeat in a penalty shootout at the hands of Rovers United as the scores were locked at 0-0 after regulation and extra time.

“Without you, this tournament would not have been possible. Thank you for your investment, thank you for promoting the sport and giving the young people the opportunity to participate in a meaningful activity,” he said.

” I hope you go out on the pitch and play in the best spirit of brotherhood and sportsmanship. Always remember that your game is and should always be Fair Play,” he added.

Brand Manager for Mackeson, Ed Mathurin said the tournament had come a very long way, in spite of the sponsorship, and the passion and drive of DJ Dongar of which he is deserving of praise.

“When it comes to sports on the island, Mackeson has been doing a lot; we have sponsored events like Basketball, Football and Boxing. We have also sponsored a few teams with full kits of uniforms. The Mon Repos Young Strikers and VSADC, the latest recipients. Today (Saturday 10th) Mackeson will be presenting the defending champions Rovers United with a brand new playing kit to compete in this year’s tournament,” Mathurin said.

“It’s always a pleasure to be part of the Mabouya Valley sporting family, the support from the community has been great; the hospitality is excellent and we have recognized it, so expect big things from Mackeson and Peter and Company Distribution (PCD) by extension throughout the tournament. We will continue to sponsor this tournament and by the look of things we will continue to sponsor it for many years to come”. Mathurin added.

The man behind the scene, Dongar Mc Donald, a soft spoken man with few words thanked Mathurin on behalf of Mackeson stating that without the sponsorship this tournament would not have been what it is today.

Mc Donald took the time out to wish the eight participating teams the best of luck throughout and do hope everyone coming to support their respective team will enjoy what they have to offer on and off the field.

Tournament Director, James Prospere, said, “This year the tournament will be played in a similar format, what we have done, in the first leg of the tournament we have Home and Away matches. We realise one game was not sufficient to determine a team advancing to the next round of competition”.