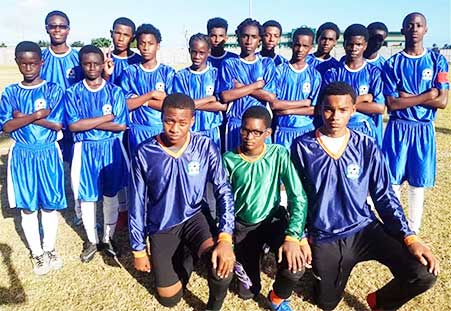 The 2018/2019 U14 Tournament started with 14 district teams, with only four advancing to the semifinal.

Three teams topped their group undefeated in the Group stages of the tournament.

In Group 1, Central Castries with 12 points out of four games, on their way to the semifinal round of the tournament, scored 29 goals as they totally out played all teams in their group.

For Central Castries, Kegan Caul left nothing to chance as he scored 12 goals to see his team through.

Mabouya Valley also went undefeated in the Group stages scoring 13 goals while conceding only one goal in Group 2.

Marchand was the third team to go undefeated scoring 27 goals from only three games in Group 3.

Defending Champions Gros Islet are still alive in the tournament after completing their third win against a strong Soufriere squad. They emerged as the second best team in the tournament earning a spot in the semifinal.