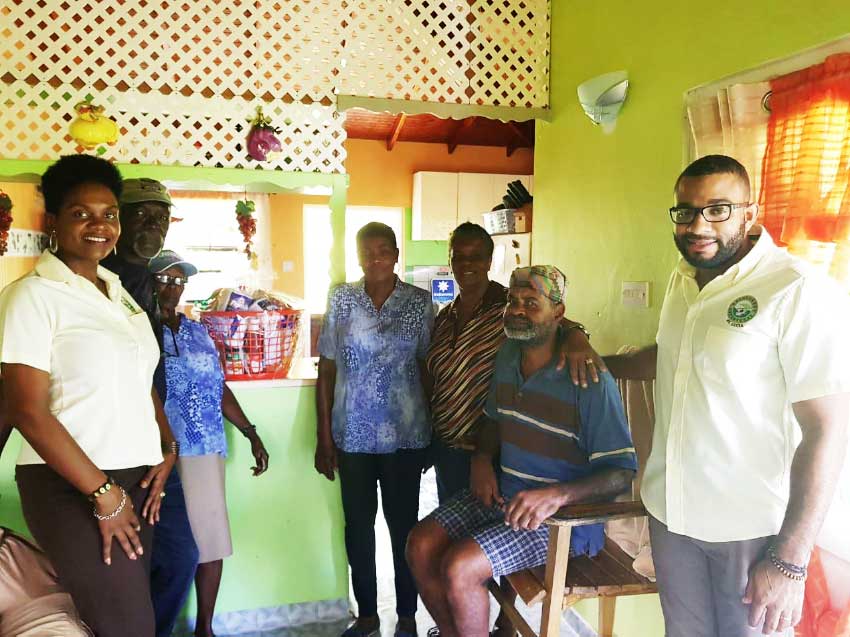 RAINFOREST Adventures (RFA) is not only known for its unique aerial tram, zip-lining, hiking trails and birdwatching eco-tour experiences, but the company also prides itself in serving and giving back significantly to the Babonneau community, where it has been operating for over 12 years.

To ring in the New Year, in partnership with the Babonneau Mothers and Fathers Group, the company distributed food hampers to underprivileged families within the various communities in Babonneau. General Manager Daryl Raymond describes this philanthropic drive as “overwhelming and fulfilling to see the appreciative smiles on the faces of those deserving individuals who received the hampers.” He added that “Rainforest Adventures remains focused on community service and this venture was just one of the ways of making a positive difference and meaningfully contributing, to those who are most in need.” The communities that benefitted from were Chassin, Fond Assau, Giraud Cacoa, Cabiche, Babonneau (Central), Plateau, Boguis, Debarras, Garrand and La Guerre. The company says the delivery of the Food hampers paves the way for a series of corporate social responsibility activities by Rainforest Adventures, which are planned for 2019 and beyond. Photo shows donors and recipients of the worthy corporate philanthropic gesture.