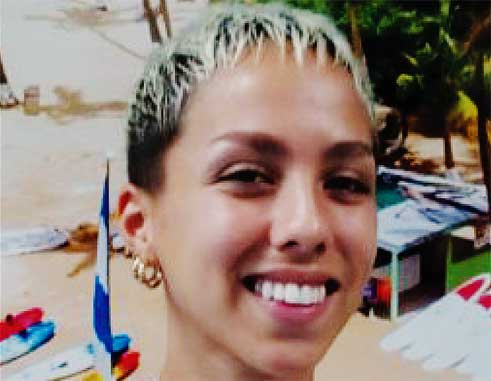 FRESH from a celebrity endorsement by former United States President, Barack Obama, Poppy Ajudha has said here that she would like to work with young Saint Lucians.

The British-born musician who has Saint Lucian roots, spoke at a news conference Tuesday morning.

“I was thinking I’d love to work with young people here and I don’t know what the schooling system here is like with music – but especially young women and instilling confidence and creating like – just a feeling of ambition further than the Island,” Ajudha told reporters.

She expressed the view that all over the world, young people may not be strong in their ideas.

“I would really like to – as my profile builds up, to help more young people,” the jazz musician stated.

The track Disco Yes, featuring Ajudha and Tom Misch, received an endorsement from Barack Obama who urged his 53 million Facebook fans and 20 million Instagram followers to listen to the jazz song.

The former US president named Disco Yes one of his songs of the year.

The track has racked up over a million views on You Tube.

Poppy Ajudha said of her songs that they are meant to make people feel empowered and think about things in a different way.

“A lot of my work is about race; about gender; about sexuality; about social economic issues,” the 23-year old musician explained.