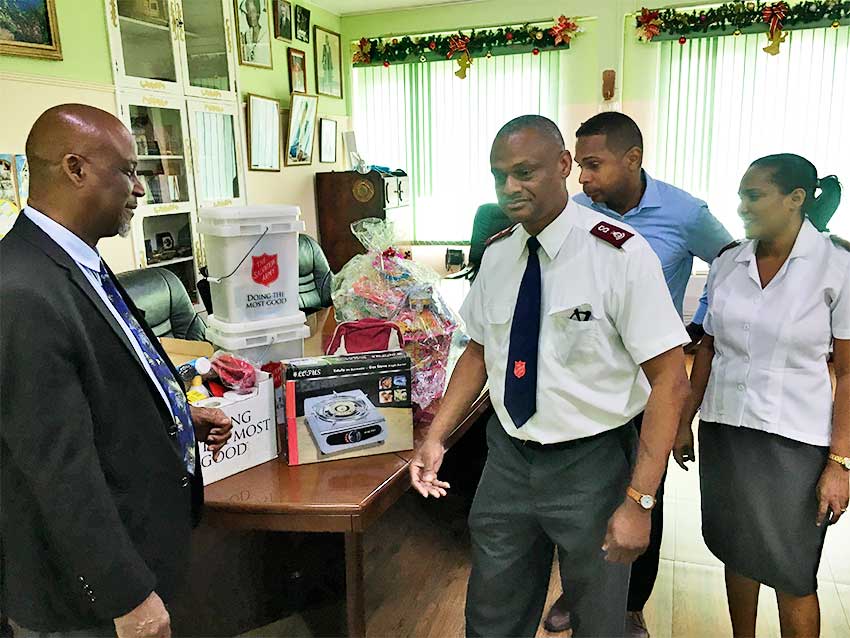 Mayor of Castries, His Worship Peterson D. Francis is very pleased with the donations, and contributions made to his office by members of the public and some corporate entities for affected victims of the recent Rosehill fire.

The most significant donation came from the Salvation Army which contributed a member of items which included school stationary, grocery items, mattresses and clothing.

Speaking to the gesture, Mayor Francis lauded the efforts of all who supported and contributed to the relief effort.

“We wish to thank the Salvation Army for such a substantial contribution. We also wish to thank members of the public for responding to our cry to assist the victims. I am very contented with the many donations. This shows that in times of needs of tragedy, our people can come together as a people. Everything contributed will go directly to fire victims through Volunteer St. Lucia and the association that they had formed,” said Mayor Francis.