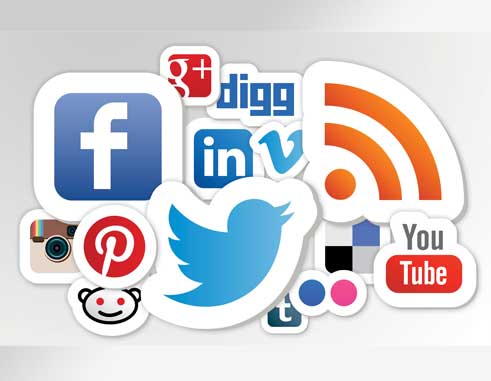 But bearing in mind too that I am looking only at Saint Lucia, this is therefore not a global comparison.

There is no doubt that the news landscape has changed in Saint Lucia with the advancement of social media. News consumers are now reporters. These devices in the palm of our hands we call Smart Phones are computers. Some are even super-computers.

Users of WhatsApp, Facebook and Twitter (and other platforms) feed each other a daily diet of things happening around them by either taking a video or photo of the event (big or small) and posting it.

Some of those posts are viewed (read) by thousands of people in a single day — a penetration of households any newspaper here would simply love.

In fact, as a professional newspaper man, many a time have I gone to social media for start-ups for eventual articles.

One really does not need a survey to determine that social media is a serious threat to the existence of newspapers in Saint Lucia, more so as government pushes for greater internet penetration among the population with its GiNet programme and the constant decline in prices of smartphones by both Digicel and Flow, as they try to get more customers hooked onto the services they offer.

No doubt, social media is a game-changer in how Saint Lucians consume news, how they get their news and how they view news. However, does that mean that newspapers in Saint Lucia may very soon, in the near or distant future, print their eulogy and quietly close their coffin lids?

Social media is not the only competitor to newspapers in Saint Lucia. The proliferation of the electronic media is another as they broadcast news almost on the hour every hour for most of the day and at a set time every night.

Newspapers do face an uphill battle to stay relevant in small Saint Lucia which has more media houses than it can sustain.

Despite all the above, I still see information seekers in Saint Lucia moving more and more to newspapers not for confirmation of things heard or seen on other media houses but for accurate coverage of events, expert opinions, thought provoking editorials, interesting columns like this one, hard core news features and other types of features, entertaining sports coverage, entertainment news, political analysis and more.

The role of newspapers in Saint Lucia has not diminished nor is diminishing although it may appear to look so. What the newspapers need to do to strengthen their position in the news and communications department is to recognize the existence of the threats they face and make the changes necessary to remain current. And for that to happen newspapers must continue to exhibit the professionally edited, high-quality product that they are.

But more so, newspapers in the country must produce managers of a certain high caliber at every level in their various departments, managers who know and understand fully the business of managing a newspaper.

Also, for newspapers in Saint Lucia to continue striving they must produce editors that are nimble in mind and fingers, meaning editors who can take raw material and produce works of art, editors who know the business of managing a newspaper.

And what about the newspapers publishers are they not important players in the newspaper business and in keeping the newspaper industry floating in this highly competitive media frenzy market in Saint Lucia? Yes, they are as their shrewdness, perceptiveness and astuteness will be required.

Saint Lucia is undergoing a communications revolution that should now force newspapers to rethink their strategies. If newspapers in the country could overcome 24-hour television, 24-hour radio and countless magazine publications, which they have done, overcoming social media should not be a problem.