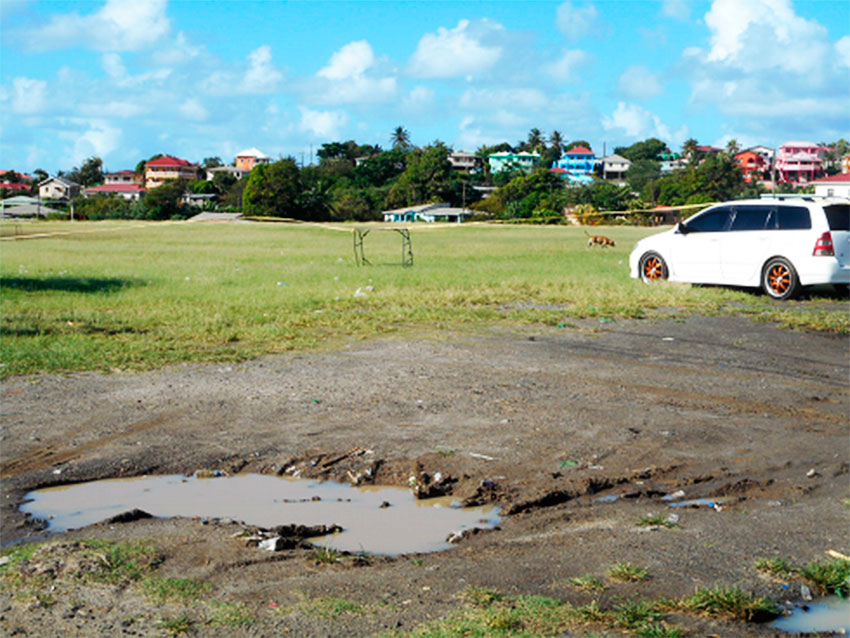 Dead is Hague Dalphinis, 23, of La- Resource, Vieux-Fort, who met his demise during an altercation with another young man of the same area.

The incident occurred last Saturday, sometime after 3.p.m at the La Resource playing field in Vieux-Fort.

After being stabbed, Dalphinis, who has a mental history, fled the scene but fell some distance away.

He was pronounced dead at the St. Jude hospital.

Up to press time yesterday, a relative of the deceased was in custody assisting police with their investigations into the matter.

After the incident, the relative had remained on the scene and was arrested by an off- duty officer.

According to the police, Dalphinis, who has had a number of brushes with the law, was recently wanted by them for assaulting his father and causing damages to his grandmother’s house.

This reporter has witnessed the victim’s father on several occasions admonishing him (victim) to stop his deviant behavior.

The victim’s family is having a difficult time coming to terms with the harsh reality of his gruesome death.

Just over a week ago, another teenager of Vieux-Fort suffered the same fate when he had his life snuffed out of him after being stabbed multiple times about his body.