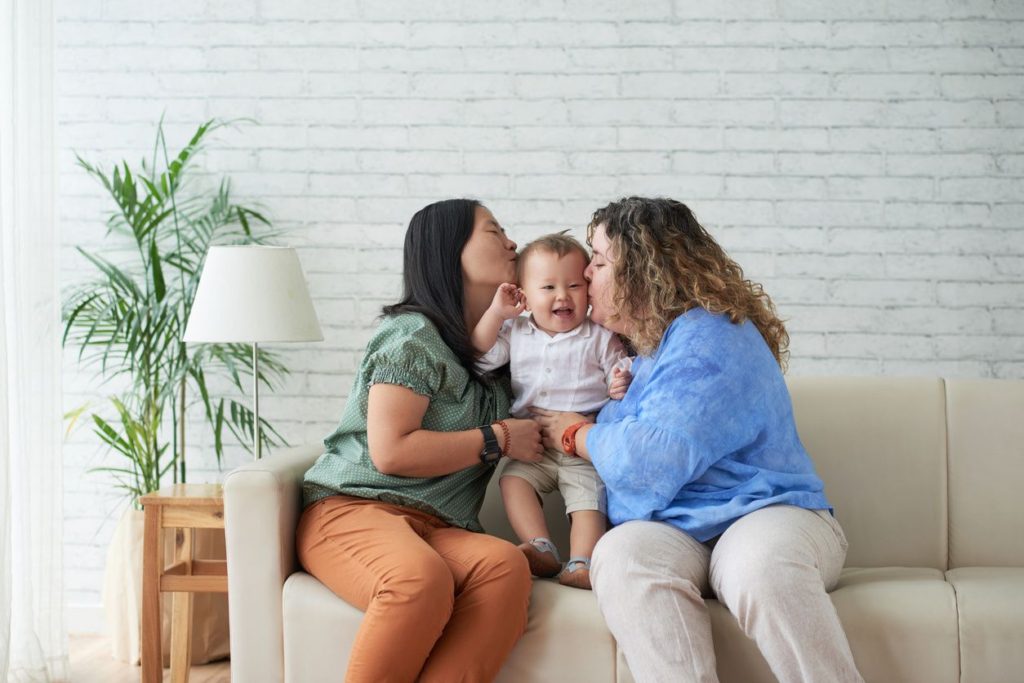 LAST month, the question about the “rights” of LGBT persons to have families and raise children came up and it got me thinking about just how far we have fallen as a society to think that not only are so-called “homosexual” unions okay, but that the raising of children in so-called LGBT homes is not only a right, but not different in any way to a husband and a wife, raising a family.

Such beliefs are based purely on misguided emotions and are not rooted in reality one bit. This is why certain studies done on children raised in “LGBT” homes have been maligned by the “Gay Mafia” and their supporters.

They show that the best place for children to be raised is in the homes of “heterosexual” married couples and that children raised in same-sex households are disadvantaged in several areas.

In June 2012 Mark Regnerus in the journal Social Science Research, published an article based on the New Family Structures Study (NFSS) he had conducted.

Critics of the findings of this study argued and continue to argue that “the children of homosexuals did worse only because most of them in this study had experienced instability in their family structure.” (Homosexual Parent Study Summary of Findings by Peter Sprigg)

While this observation is true, the criticism is unfair because Regnerus “could hardly find any “stable homosexual families”; given that “of the 248 children with homosexual parents who were surveyed, only two had lived with their homosexual parent and the parent’s partner during their entire childhood from birth to age 18.”

This bears out with other studies which show that “the relationships of same-sex couples, on average, do not last as long as those of heterosexual couples – particularly heterosexual couples who are legally married.” (the conversation.com) Including this 2012 study called The Stability of Same Sex Cohabitation, Different Sex Cohabitation, and Marriage, which shows, “that married and non-married opposite-sex couples tended to sustain longer relationships than same-sex couples.”

Those who oppose these studies tend to posit that most studies that have been conducted on this issue come to the opposite conclusion and show that there is no measurable or observable difference in children raised in LGBT households as opposed to opposite sex married couples.

However, even advocates of these studies are forced to concede that the sample sizes used in them are too small to make a general conclusion one way or the other; but given that the results are more preferable to their own beliefs, they more readily accept them, than the far more wide ranging scope of the study done by Regnerus for example.

But beyond any study or argument, nature bears the biggest witness against same sex unions and same sex households, given that every single child that’s raised in a same sex household, was conceived and came into the world via the coming together of the opposite sexes.

Therefore, not one child that is or has been raised in a same sex household was brought about by the union of the same sex couple; and this will never change. If that does not say to “pro-LGBT” advocates that such unions are unnatural as they are unable to reproduce children, then nothing will.

No matter how twisted men’s beliefs and logic become, same sex unions has never and will never be sanctioned by God nor by nature (as seen by the disruptive nature of many of their households) and no amount of protestation, will change that.