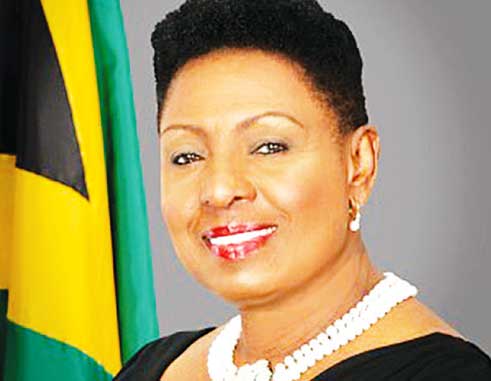 MINISTER of Culture, Gender, Entertainment and Sport Olivia Grange has likened West Indies cricket to an element of cultural heritage that is in danger and in need of protection.

She made the comment at the St. Catherine Cricket Association Awards Ceremony where she expressed satisfaction that the local cricket programme “was at a good place”, but said she was concerned about regional cricket following a string of poor performances by the West Indies team, including their recent poor performance against Bangladesh.

“Let me say, straight up, that I am a lifelong supporter of West Indies cricket. I cannot think of a reason to ever withdraw my support from the West Indies. The Windies represent us. They are a part of who we are. They are a part of me. So you know exactly how I feel when I saw the recent results against Bangladesh.”

Bangladesh completed a series sweep against the West Indies in the recent two test series — each time defeating the Windies within three days.

“West Indies cricket, the men’s game, is into a time of intense difficulty and a proud part of our heritage — our cricket — is in danger. And it needs protection,” said Minister Grange.

She drew a contrast between the performance of the men’s team and the women’s team. West Indies women were a force to be reckoned with in the recent T-20 World Cup where they went to the semifinals before falling to the eventual champions Australia.

“Why do the women look so good — even without adequate support? And why aren’t the men doing better? Is it leadership? Is it talent? Is it commitment?” she questioned.

The Sports Minister said it was now urgent for all stakeholders in West Indies cricket to come together to protect the people’s game.

“It is time to forget the egos, to get over ourselves and to focus on fixing and bringing back West Indies cricket. There is enough blame to go around. Let us end the blame game and show our commitment to eliminating the problems that prevent West Indies men from consistently producing good results,” she said. “We must all remember that for our people, cricket is not just a game. It is part of our heritage. It is part of who we are.”