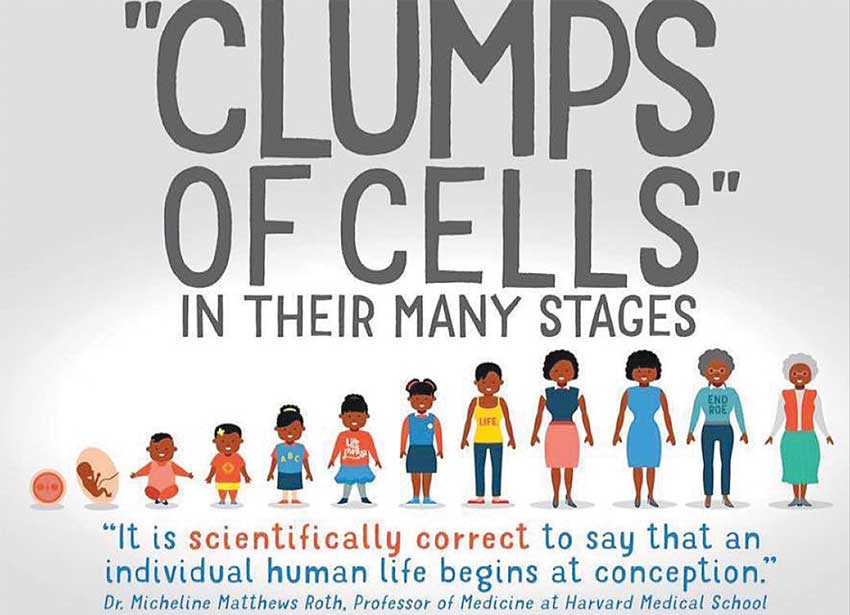 A FEW weeks ago, I recalled seeing a pair of British animals’ rights advocates on YouTube, making an impassioned plea to the British public to boycott any tours they may take, that involved the use of elephants, as part of a wider campaign to see elephant tourism adverts banned in Britain.

They claimed that, to partake in anything to do with elephants while on tours or vacations, is to support the torture of elephants; given that they are beaten and tamed in order to be tourist attractions.

The care that they showed for these animals struck me and I wondered about just how peculiar people can be in general, and how if this same level of care for unborn human infants were to be demonstrated by most, it would be enough to at least protect them from the State, that has decreed that it is legal to murder them under certain conditions.

You see, in this world, even animals and their unborn offspring, have more legal rights than human unborn offspring; they are free to be born without the law decreeing that it is okay to kill them in the womb. For what farmer, or husbandman, would not have recourse to the law, or some form of compensation, if the unborn offspring of their animals were slaughtered in the womb?

Or to bring the analogy closer to home, what husbandman would be foolish enough to slaughter the unborn of his own animals with the mindless excuse that the unborn isn’t yet a pig, or a cow, or a sheep, or whatever its bearer is, until it is born?

For it is a certainty that every livestock owner knows, that such an attitude towards unborn livestock would undoubtedly result in their extinction within a couple of generations, and thus the husbandman would be out of business.

Yet, we human beings, who are greater than the animals, have no such consideration for our own unborn, and have legalised their murder, in the name of women’s rights and with the conscience-killing lie, that unborn babies are not human beings and therefore have no human rights.

Is it any wonder therefore, that in our new Child Protection Law, zero mention is made of and no consideration is given to, the unborn?

The state pretends that it has such an affinity for children, while it has legalised the murder of the unborn: the worst form of child-abuse imaginable.

The justification? That a woman who has been raped or subject to incest has the right to eliminate the baby conceived under those horrible circumstances if she so chooses; despite the fact, that the unborn babe, did not commit the act of rape, nor the act of incest.

However, the state has decreed that the only capital crime punishable by death in this country, is for an unborn babe to be conceived in rape or incest, even though he/she did not do the raping, nor the conceiving. The state has passed the sentence, and the abortionists while filling their pockets with gold, apply the axe to the babes’ tender necks.
And what happens to the rapist? What happens to those who commit incest? Their human rights are fought for and their lives are defended. The state, due to this form of ‘human rights’ pressure, has abdicated its right to lawfully put to death, criminals who commit the most savage acts; while it continues to justify and give force of law, to the abortion of the unborn who did not commit any capital crime; a travesty of epic proportions.

Therefore, our society has decided, that to put the rapist to death after he’s been found guilty in a court of law, is inhumane and anti-human rights, while the baby conceived via rape or incest, is found guilty in the womb, without trial and condemned to death.

It is funny how the mother has ‘a right to choose’ to murder her infant, innocent of her rape, yet the state does not have a right, to lawfully put to death the man found guilty of rape.

I asked Castries Central MP Sarah Flood Beaubrun about the Bill and the unborn last month, given that she is perhaps most well-known for her pro-life stance and she had this to say: “What we need to have is a culture where children are welcomed, they are treasured, they are appreciated, they are respected, regardless of the circumstances of their conception. If we get to that level we will truly be a society that welcomes, treasures and respects children.”

This is where I disagree. Laws do change things and what are laws but a reflection of the culture and the heart of a people and society?

We justify the murder of the unborn because deep down, it is a reflection of our society’s beliefs. As a country, we no longer believe that abortion is wrong and rather than see a reverse in this attitude, the legal qualifiers we have given ourselves to excuse this heinous act, will more probably be extended than rescinded.

I can’t help but feel that a big opportunity has been missed with this law, to cover rather than stifle our unborn with its mantle, no matter the circumstances of their conceptions.