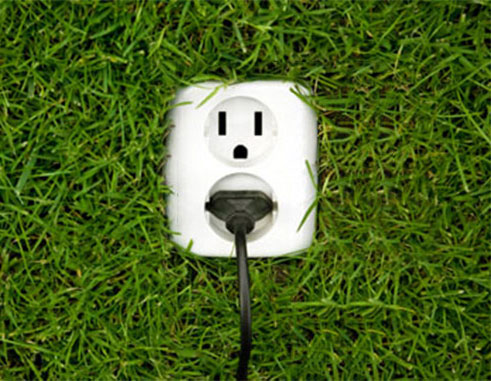 THE Government of Saint Lucia (GoSL) has been keen to pursue the development of its geothermal resource for a number of decades with initial efforts dating back to 1951. 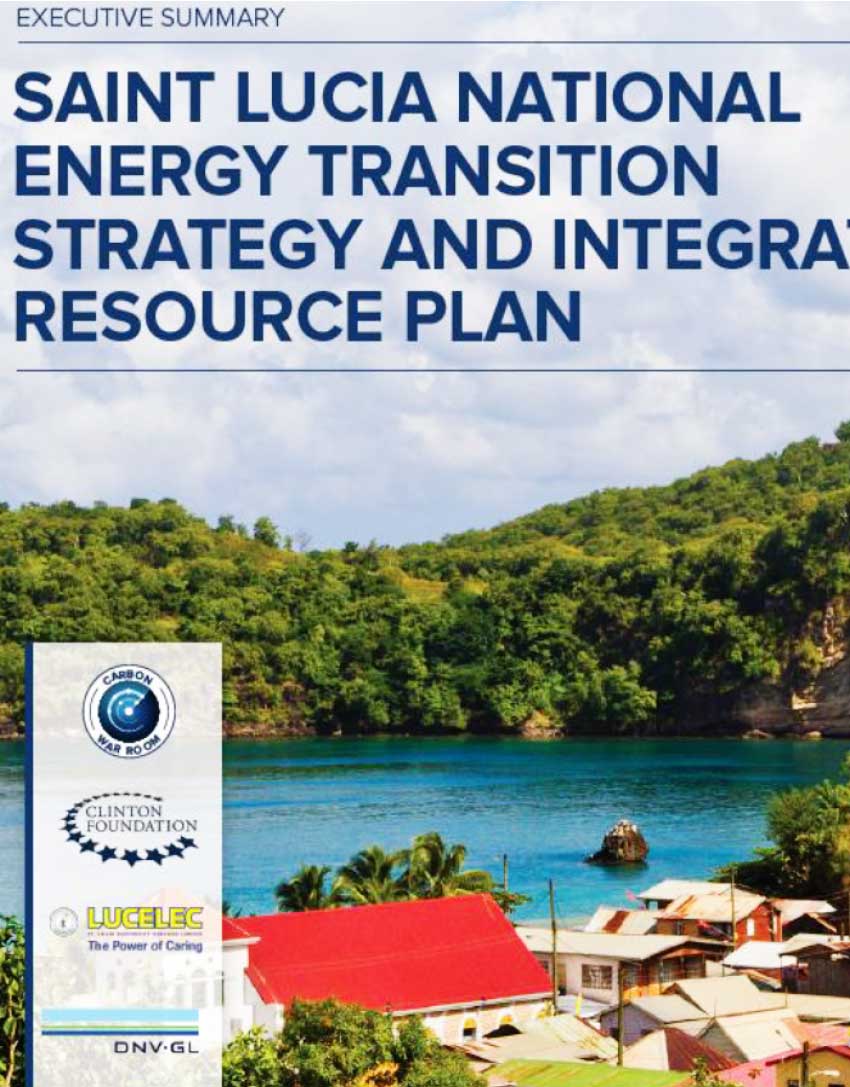 All of the previous work pointed to the presence of a geothermal resource in the wider Soufriere area. .

This renewed interest in geothermal development was spurred on by a number of events going back to as far as 2001, notably:

• Based on concerns about climate change and Saint Lucia’s commitment to global efforts to reduce greenhouse gas emissions, in 2001GoSL developed a Sustainable Energy Plan, with the goal of enhancing energy security for all sectors of the economy.

• The plan was followed by a National Energy Policy in 2010 articulating GoSL’s interest in diversifying the energy base and making use of indigenous renewable energy sources including geothermal. It established a set of renewable energy targets for electrical power generation, including a renewable energy penetration rate of 30% by 2020.

• In 2012, under the Barbados Declaration on Achieving Sustainable Energy for All, the GoSL voluntarily committed itself to increase renewable energy penetration by 20% by 2020; strengthen the legal and regulatory framework for sustainable energy; develop and establish a suite of fiscal measures and a financing mechanism for greater penetration of sustainable energy technologies and products, inter alia.

• In 2015, the GoSL communicated its intended Nationally Determined Contribution (iNDC) to global efforts to reduce greenhouse gas emissions to the United Nations Framework Convention on Climate Change (UNFCCC) and ratified the Paris Agreement on Climate Change one year later. Under its iNDC’s Saint Lucia committed itself to meeting carbon emissions reduction targets of 15% by 2025 and 23% by 2030 and reiterated its renewable energy penetration target of 35% by 2025 and 50% by 2030 based on a mix of geothermal, wind and solar energy sources.

• In 2018, Cabinet approved the National Energy Transition Strategy (NETS). The NETS is a 20-year plan for transitioning the energy sector for greater renewable energy penetration, cost containment, increased energy security and system reliability. To inform the NETS an Integrated Resource Plan assessing demand and supply side options for meeting future demands in a cost effective manner, was prepared. Various resource options were explored including traditional thermal power plants to solar wind and geothermal modalities coupled with demand side management and energy efficiency interventions with a view to containing costs. The NETS results suggest that a portfolio of solar, wind, energy storage, energy efficiency and existing diesel generation is cost optimal, it also suggests that geothermal can be included once the resource is proven commercially viable and a suitable power purchase agreement price can be secured. Existing diesel generation should continue to play a role in meeting reserve requirements and maintain system reliability. The study also reveals that a high degree of utility ownership translates to lower rates for customers. Energy efficiency is considered as low cost investments for minimizing costs, however policy adjustments must be made to encourage the utility to pursue this objective. Overall, achievement of the NETS recommendations ensures that the energy sector placed on a sustainable path from an environmental, social and economic view point. Apart from the obvious lowering of rates, greenhouse gas emissions would be reduced and Saint Lucia would meet and surpass its NDC commitments and edge closer to meeting multiple targets under the United Nations Development Agenda 2015-2030 and the associated SDGs.

All of these policies, plans and commitments have provided the context and the basis for the Saint Lucia Geothermal Resource Development Project.

If successful, the ongoing project is expected to result in a reduction in the consumption and reliance on non-renewable fossil fuel fuels, help the island meet its renewable energy penetration and carbon emission reduction targets and increase the island’s energy independence.

Geoscientific Studies
From 2014, work on developing the island’s geothermal resource potential for commercial power generation has been unceasing. In that year, the GoSL entered into a Partnership Agreement with the Government of New Zealand (GoNZ) to evaluate the geothermal potential on the island. The extensive exploration campaign which followed between February 2015 and March 2016 was led by Jacobs New Zealand. It was the most comprehensive to be undertaken in Saint Lucia in the last 30 years. It included the customary geophysical, geochemical and geological studies and for the first time Light Detection and Ranging (LiDAR) surveys were done.

LiDAR is an active remote sensing technology that uses optical measurements from aircraft or land-based sensors to find range. It is used in geothermal applications to create high-resolution Digital Elevation Models (measures the land surface elevation) and identifies faults. During the study a total of 75 sq km was covered and 219 survey points recorded.

The surface exploration works provided good quality data to suggest the presence of the geothermal resource and in several areas southeast of Sulphur Springs. In fact, the survey recommended three areas where further exploration (drilling) should be focused to verify the resource and its suitability for commercial power production. The areas were: Fond Lloyd-Diamond-Bois Dinde and Belle Fond-Belle Plaine–Migny, Soufriere, and Mondesir-Saltibus, Laborie.

The GoSL then hired GeothermEx and Power to conduct a pre-feasibility study and integrate the findings of previous geothermal investigations and assist in planning for the proposed exploratory drilling. GeothermEx reviewed Jacobs’ findings and ruled out the Fond Lloyd-Diamond-Bois D’Inde area for exploratory drilling because of its location within the Piton Management Area. They identified three target areas -Belle Plaine and Belvedere, Fond St. Jacques, in Soufriere and Mondesir-Saltibus in Laborie -where drilling could be conducted at minimal cost and environmental and social impact.

Of the three proposed drilling areas, Belle Plaine, Soufriere, appears to have the most favorable conditions for drilling because of the availability of flat land and easy road accessibility. Conditions are not as favourable in Mondesir-Saltibus, where two medium-sized and two small-sized areas were identified as suitable for drilling. While, the former can support either full-size or slim-hole drilling, the latter can support only slim-hole drilling. Due to the steep terrain, nearby residential area and absence of sufficient land to construct well pads, Fond St. Jacques can support slim-hole wells in at least two locations.

GeothermEx’s work was followed by the conduct of an Environmental and Social Impact Assessment (ESIA) by Panorama Environmental Incorporated in 2017. The conduct and submission of an ESIA is a precondition for qualifying for World Bank funding. An ESIA details the risks and impacts the project will have on the social and environmental conditions of the proposed drilling area and nearby and the proposed mitigation measures. This ESIA focuses only on the exploration phase and does not address the subsequent stages such as production drilling and construction.

The contents of the Draft ESIA were discussed with the public in March 2018 in a set of community consultations held in Belle Plaine, Parc Estate for Mondesir-Saltibus, Soufriere, and a public consultation in Castries. Public concerns generally surrounded effects on landownership agricultural livelihoods and land restoration, impacts on the environment, water, air quality, tourism, soil stability, recreational areas reduction in electricity bills, noise effects and job opportunities.

Given the current stage of the project, the GoSL hired RAI/AllBiz in April 2018, to conduct on its behalf, a public information and communications campaign. The objectives of the campaign are to educate and generate awareness campaign of geothermal energy, the scope and purpose of the project and to provide a mechanism through which stakeholder views can be taken into account.

With a number of key upstream activities completed, the GoSL has now redirected its attention to identifying a company for undertaking exploratory drilling at the three identified sites. The Request for Proposals (RFP) has been drafted and is presently under review by the World Bank.

Financing and Technical Assistance
Government has secured technical and financial assistance to implement this project. The GoNZ and the Clinton Climate Initiative (CCI) provided Technical Assistance (TA), while the World Bank assisted in accessing financial assistance from the Global Environment Fund (GEF) and SIDS DOCK Support Program. In 2014, Government entered into a Partnership Agreement with the Government of New Zealand (GONZ) valued at US$800,000 to provide technical assistance to evaluate Saint Lucia’s the geothermal potential. This took the form of surface exploration works undertaken by Jacobs New Zealand between 2015 and 2016.

In December 2014, the World Bank assisted Saint Lucia in accessing US$2 M in concessional financing from the Global Environment Facility (GEF) and the SIDS DOCK Support Programme (SIDS DOCK SP) towards its quest to make an informed decision based on findings of key upstream preparatory activities. Approximately US$1.17 M of the amount was used to carry out surface studies and related activities, LiDAR mapping surveys, hire a technical coordinator, initiate negotiations with a potential partner, conduct a pre-feasibility and an environmental and social impact assessment.

With surface explorations validating the presence of geothermal resources outside of Sulphur Springs and the Piton Management Area, the World Bank supported the preparation of the US$22.54 million Saint Lucia Renewable Energy Sector Development Project. Contigent Grant and concessional loan financing came from the Clean Technology Fund (US$9.7 M), SIDS DOCK/ESMAP (US$1.85 M), UK DFID (US$5 M) and World Bank-IDA (US$5 M). These funds will assist the GOSL in assessing the viability of harnessing indigenous renewable energy resources, in particular geothermal. In relation to geothermal, they will be used to cover the cost of the exploratory drilling program and completion of the technical, policy/regulatory and implementation preparation activities necessary for making a final decision on further geothermal development activities.

With the commissioning and attachment to the grid of the solar farm in Vieux Fort, the resumption of talks between Wind Tex Energy and the GoSL on the future of the development of the wind farm in Dennery and the ongoing works on the Saint Lucia Geothermal Resource Development Project, the country is well poised to meet its 2025 sustainable energy targets, reduce its reliance on imported fossil fuels and serve as a global leader in climate change reduction efforts