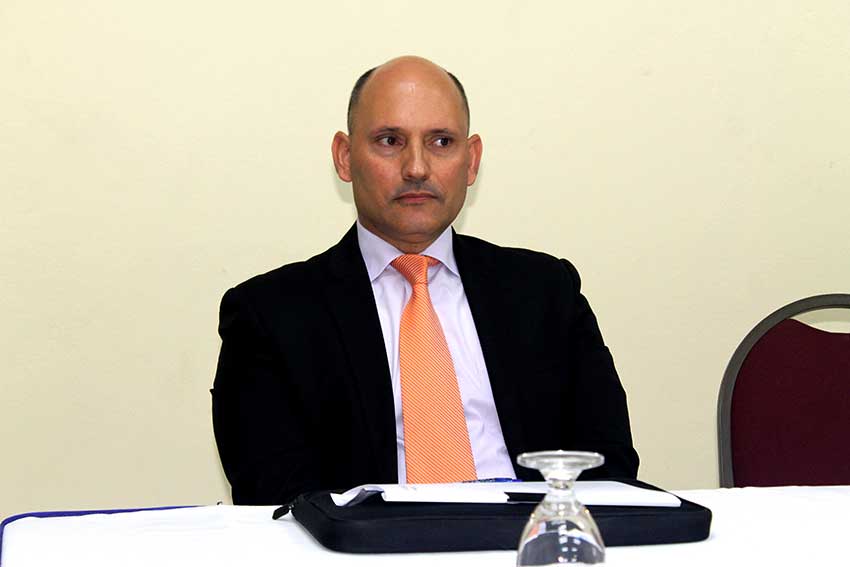 The Humanistic Solidarity Association (Saint Lucia-Cuba) has congratulated Cuba’s Ambassador to Saint Lucia, Jorge Francisco Soberon Luis, on receiving the Saint Lucia Gold Medal of Honour for his commitment and contribution to the development of Saint Lucia.

The HSA said in a statement over the weekend that it was “delighted with the prestigious recognition bestowed upon Ambassador Soberon, who has ended his sterling tour of duty of four years.”

On October 20th 2018 (Cuba Cultural Day), Ambassador Soberon was also recognized by the HSA at a farewell reception in his honour, for his invaluable support and dedication to the work programme of the Association during his four-year diplomatic stint.

According to the HSA statement, “During Ambassador Soberon’s tenure, he brought in a more diplomatically forthright style of relations and this style of engagement resulted in the further deepening of a stronger, more balanced and overall a more mutually collaborative relationship with the Embassy of Cuba, which served as a catalyst for our association’s evolution to a higher stage of our institutional development.”

Ambassador Soberon was also said to have been “very successful in facilitating several new initiatives, including but not limited to, the signing of several Memoranda of Understanding and Agreements for the mutual benefit of the Governments and People of Saint Lucia and Cuba.”

It continued, “Ambassador Soberon has fulfilled his diplomatic mission with a high level of professionalism and honor and the HSA would like to place on record our immense gratitude for the assistance and collaboration, and the excellent results achieved during his tenure.”

The HSA also expressed its solidarity with the People of Cuba “as they commemorate the 120th Anniversary of the death of General Antonio Maceo, the Bronze Titan (December 7th) and the Anniversary of Cuba-CARICOM Day (December 8th).”

The 62nd Anniversary of the Granma Yacht Landing in Las Coloradas (Bay of Pigs) was also commemorated in Saint Lucia with the Cuban Collaborators on December 2nd. (Read more on Page 7 in the Tuesday The Voice issue)