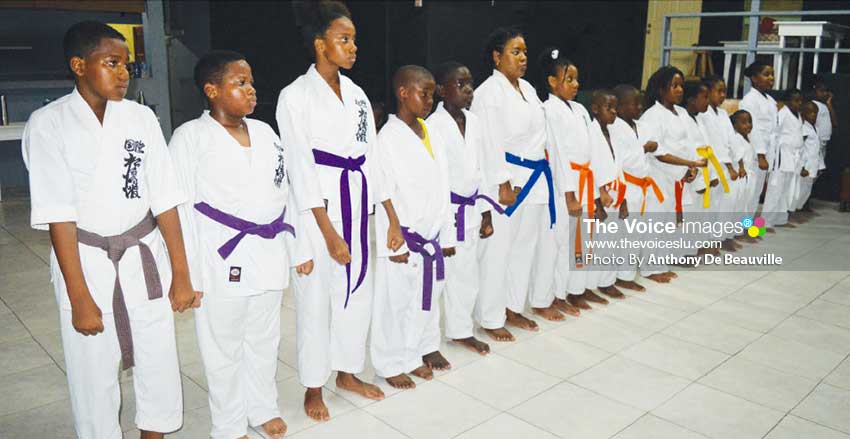 A large crowd is anticipated at the Beausejour Indoor Practice Facility on Sunday 25th November 2018 as Karate-Do Federation of Saint Lucia (KFStLu) will host its 2nd National Championship from 10.00 a.m.

A total of eighty athletes will showcase their skills Kata (Forms) and Kumite (Free Sparring). In terms of adults, six males and females will also compete.

According to Karate – Do Federation of Saint Lucia Secretary Karim Sifflet, the Championship will be used to as one of the main criteria for selection of athletes on the national squad to undergo training for selection on the National Team to participate in continental (Pan American Karate Federation (PAKF) and world (World Karate Federation (WKF) qualifying events leading to participation in the 2020 Olympic Games.

One of the qualifying events for the Pan American Games (PASO) is the Senior Pan American Karate Federation Championships in Panama in June 2019.

This event is geared towards the youth as we focus on various categories ranging from 6 years to 21 years as a means of identifying talent to undergo rigorous training in preparation for future outings.

In addition the seniors comprising members of various representative teams in international outings and most recently the CASCO games qualifiers will be showcasing their respective skillset.

Given the exposure received at the international and regional outings earlier this year, the Federation are employing the knowledge and expertise gained to raise the standard of competition to international standards.

This Championship is geared to be exciting and bringing members of the Federation’s affiliates under one roof once a year to share their knowledge, expertise and build camaraderie.