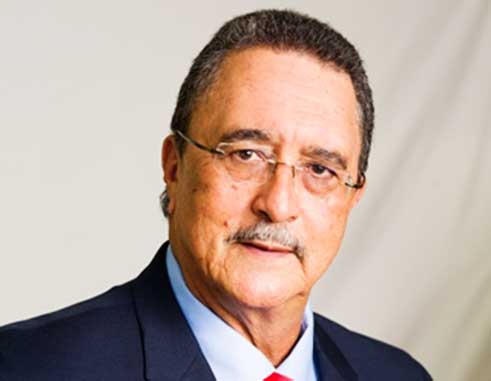 THE motion seeking permission for the Minister of Finance to borrow US$4,927,210 from the Caribbean Development Bank (CDB), for financing the services of consultants to conduct Implementation Workshops sparked a debate over who’s to blame for the lack of implementation of many Government projects: local stakeholders, particularly the lack of Government planning, or the international agencies that fund those projects

Former Prime Minister and Vieux Fort South MP Dr Kenny Anthony, at the Sitting of the House of Parliament on Tuesday, partly blamed the incompletion of many projects in St. Lucia and the wider Caribbean region on the inefficiencies of the Caribbean Development Bank (CDB) and the European Union (EU).

He chose not to focus on the nationality of the consultants, conceding that the government would not have been the party to have pushed for these foreign consultants, stating: “There is nothing that the CDB loves more than consultancy. Nothing! Every single project must have consultants. Every one! It’s an industry. And the CDB, in particular, has a fascination for Canadian consultants.”

Rather, he chose to focus on Joseph’s criticism of the SLP’s inability to complete projects due to its lack of a plan, and what Anthony pointed out as, his sudden lack of criticism of the CDB.

The Vieux Fort South MP opened by saying: “Sometimes Mr. Speaker, it is a delight to hear Honourable Members, even on the opposing side, because there are moments when they are tempted to say things that compels you to search in the passage of time to be able to respond”, adding that “It’s no secret that I particularly enjoy the Member for Castries Southeast. I really do.”

He would later state: “I have sat in this Honourable House and heard the Honourable Member criticise viscerally, fiercely, without any remorse, the Caribbean Development Bank.”

Then he expressed agreement with the Economic Development minister Guy Joseph’s earlier criticisms of the CDB, saying: “Frankly, there are occasions when I have agreed with him that basically, the CDB is doing a disservice to the island and the region.”

Anthony then declared: “I say, unashamedly, that I do not support the current management of the Caribbean Development Bank. I don’t.”

He would later sum up his argument thus: “I just want to issue a word of caution. I have had the opportunity to interact with all of the major agencies at our doorsteps — the World Bank, the EU, the CDB — you name it. But there are three of those who constantly blame lack of implementation on local authorities and local personnel.”

The former PM added: “Whenever you tackle the EU, they always tell you that it has to do with the lack of capacity in the various governments.”

He then declared: “I have always contested that. Always!”

The Vieux Fort South MP then went on to provide the reason for his contestation by backing up what the Leader of the Opposition had stated earlier.

He said, “No country in the Eastern Caribbean has invested as heavily as St. Lucia has in training its civil servants to implement, design, whatever it is, where projects are concerned. No country!”

After stating that time will tell whether or not the “supposed” training being funded by the CDB loan will resolve our issues, the former PM warned:

“I’ll say this and this is my point! We [can] do as much training as we want, to our public officers and functionaries, of our technocrats. The problem is not with them, the problem is with the institutions who have responsibility, to make those loans or resources available to you.”

He rounded-off by declaring: “Unless we understand that and force those institutions to change their ways, we are going to be stuck in mud all over again.”