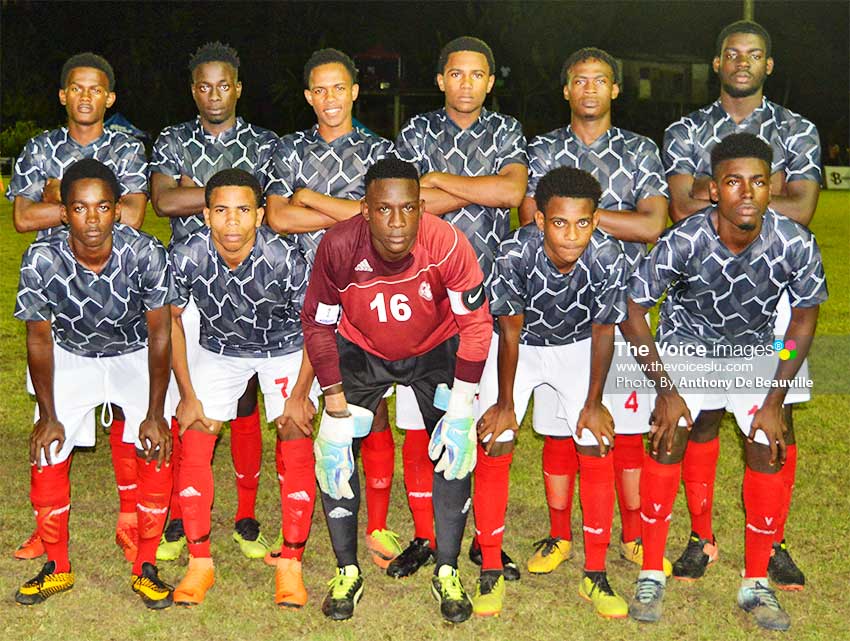 The championship match, which kicks off at the IMG Academy in Bradenton, Florida will run up until Wednesday 21 November.

Thirty four (34) CONCACAF Member Associations will be participating and Saint Lucia has been drawn in Group E with Haiti, Barbados, Bermuda and Costa Rica.

Saint Lucia’s remaining matches in the preliminary round will see them play, Barbados on Monday 5th, Bermuda on Wednesday 7th and Costa Rico on Friday 9th.

The Saint Lucia 19-man squad includes seven overseas players, five playing collegiate football in the United States, one playing professionally in the United Kingdom and another playing in Trinidad and Tobago.

Cess Podd, Technical Director for the SLFA spoke to the VOICE about Saint Lucia’s preparation and expectations in Miami. This is what he had to say.

“The preparation for the National U20s has gone well, there are areas we improved on since the last local tournament we took part in (Blackheart)”.

“The formation that we play is one of those versatile formation, 4-3-3, but we can switch depending on the teams we play against. We also realise the tempo of our game was to slow in the last tournament; we had to improve the fitness level of the players and the understanding when to accelerate and when to take your foot off the gas, how to punish teams when they make mistakes, to finish and take our chances”.

In terms of expectations, Podd said, “We have been working on these age groups for the last five years and one of the things the President has always said: we make sure we have a focus and we look long term and not just short term, and this is what we have done”.

He continued, “Five years ago we had an under-15 team they are now our under – 23/senior team. We have the Olympics coming up, which is going to be under -23, the qualifying stage should have been this year but we haven’t been given a date yet. Everything we have done is based on that. The players we have trained are our under -15s and now our senior team which is our under – 23 team, the majority of them are now taking part in the Nations League (CONCACAF). There is a plan and we have to follow that plan and everything now is part of the five year project we stated in 2013”.

“What we must not do is to forget the President’s directive; we must qualify for a World Cup, we must keep that in mind at all times, we must not think short term, we must think long term and see the full picture of everything that we do”. noted Podd.