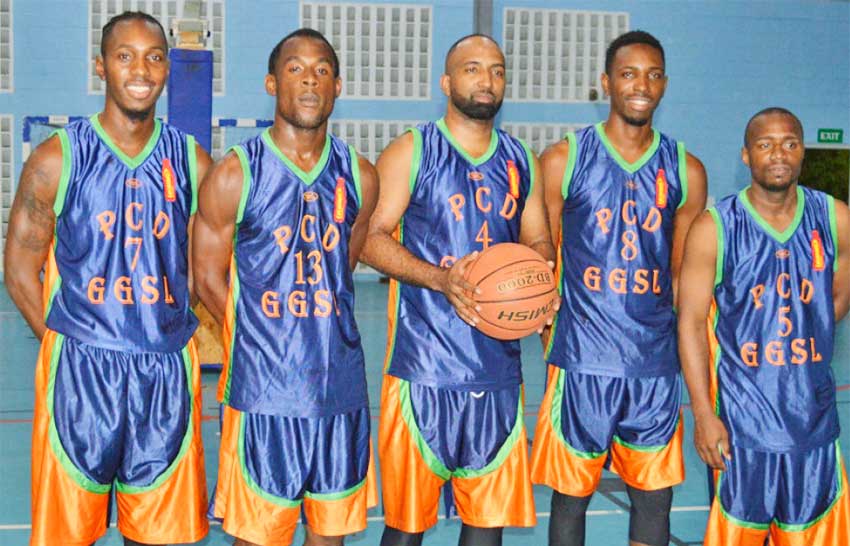 From 8.00 p.m. defending champions Peter and Company Distribution (PCD) plays another former CBL champion, the Saint Lucia Fire Service in what is expected to be a keenly contested matchup.

The many supporters coming to take-in this encounter will see the likes of Hector Paul, Arthur Tisson, Ali Quinlan, Danzie Mathurin, Andre Louison, Troy Louison, Timothy Gabriel (PCD); Marlon Pamphile, Gabriel Inglis and Jean Michel Eloise (SLFS); by all indications this one will go down to the wire.

On centre court the battle between the two teams was scintillating throughout the game as the pendulum shifted from one side to the next, however; late in the 4th quarter with two back to back 3 pointers by Ali Quinlan (PCD), the tone of the game changed in favour of the defending champions as they went on to secure their third consecutive semifinal spot.

The KFC player of the game was Andre Louison (PCD) with 26 points 10 rebounds.

Despite losing, Sandals had three players averaging 16 points; however, it was not enough to stop the defending champs PCD.

In the fourth quarterfinal game, WASCO came up against Fire service. The KFC player of the game was Gabriel Inglis who led the SLFS with 21 points and 6 rebounds.

In more quarterfinals news, this time on Thursday evening, at the halftime, Saint Lucia Teachers Union led the game by 3 points (34-31). By the end of the third quarter the scores were 50-46 in favour of the Royal Saint Lucia Police Force (Combined Forces), while at the end of regulation time SLTU fell short by 7 points. Final scores 65-58.

The KFC Player of the game was Shervon Matthew (RSLPF) with 17 points 8 rebounds. Amil Octave was the only other player for his team in double figures with 16 points.

The KFC co-players of the game were Sharmoir Jn. Baptiste with 21 points and 6 rebounds and Marlon Samuel with 20 points and 8 rebounds. Rahim Auguste had 6 steals and 11 assists for team Financial Services.

Leading scorer for CSA was Ron Edward with 17 points and 6 assists; followed by Craig Duplessis and Benny Hippolyte with 11 points each.