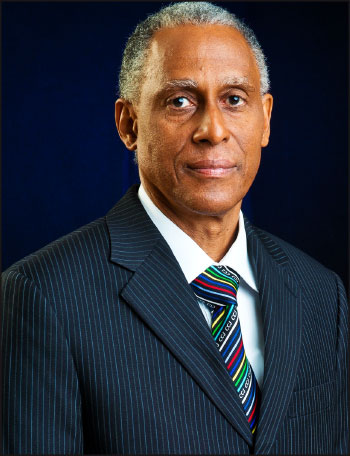 PRESS RELEASE – Both Grenada and Antigua and Barbuda voted against the move to have the Caribbean Court of Justice (CCJ) as their highest appellate court in separate referenda held earlier this week.

President of the CCJ, the Hon. Mr. Justice Adrian Saunders said, “while the news is not what we hoped for, we respect the people of both nations and their decision. The court will naturally continue ongoing initiatives with justice sector bodies in each of these countries, and the wider Caribbean, through the JURIST project and otherwise.”

There were 9,234 votes against and 8,509 votes in favour of the adoption of the CCJ. The CCJ will still be serving both Grenada and Antigua and Barbuda.

The CCJ President emphasised that, “these results will not, of course, deter us from serving with distinction those nations that currently send their final appeals to us. As well, the Court will also continue to process and hear applications from all CARICOM States, and from CARICOM itself, in our Original Jurisdiction, and our justice reform work in the region will also continue”.

In addition, there is an Original Jurisdiction case currently before the Court originating from Grenada.

The JURIST Project, which is a multiyear justice reform project being implemented by the Caribbean Court of Justice on behalf of the Conference of Heads of Judiciary of CARICOM states, is working on a Sexual Offences Model Court to be housed at the High Court of Antigua and Barbuda in 2019.

The CCJ Academy of Law is also hosting a legal conference in Jamaica in December 2018 at which jurists from both countries, as well as the wider Caribbean, are participating.

Mr. Justice Saunders stated, “One of the positives that came out of this exercise is that there was sustained public education in both nations and the conversation about the CCJ intensified.

“We can see the fact that there was more interest in our website, ccj.org, and on our social media platforms, on LinkedIn and Twitter.

“As we begin to implement our Strategic Plan for the 2019-2023, which includes a renewed focus on public education, we will certainly be taking advantage of the increased audience, and the interest that has been piqued, to provide more information about the work of the Court.” (CCJ)