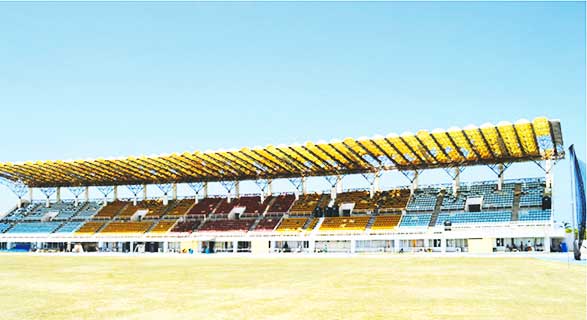 It’s exactly two weeks (November 3rd) since affiliates of the Saint Lucia Athletic Association elected a new executive to serve for the period 2018-2020; to date there has been no word coming from the President Cornelius Breen re his plans for the upcoming track and field season which starts in January 2019.

Looking from the outside, there are quite a few grey areas of concern the new President will have to tackle head on if Saint Lucia’s track and field has to move from point C to Point A.

With the 48th edition of the Carifta Games set from April 19th to 22nd 2019 in the Cayman Islands and based on Saint Lucia’s performances at the last three Carifta Games, the future of the sport and the quality of athletes representing the island need to be looked at closely.

Will the SLAA call a pool of athletes who they believe have what it takes to undergo at least four months of rigorous training (preparation) ahead of its National Junior track and field championship now dubbed Carifta Games scheduled for March/April?

It’s no longer a mystery. Where will the athletes train? The George Odlum Stadium has been identified as a health hazard. Will the SLAA President and his entire executive say to the government nine years is a long time. It’s time to give back the GOS to the athletes.

More on the GOS in a moment.

Saint Lucia’s track and field athletes have not been performing at all at the Carifta Games, as the records will show. So let’s turn back the hands of the clock just a little.

In 2016 zero medals.  In 2017 Jamaica finished with the most medals; 86 in total, the Bahamas finished with 31 medals and Trinidad and Tobago 22 round off the top three. Saint Lucia zero medal.

So what’s the plan?

Question: will the SLAA Boss, put a competent team of at least four individuals to negotiate and to win the hearts of 1st National Bank to reconsider bringing back the 14 and Under- track and field championship, which means so much to the developmental aspect of track and field in Saint Lucia? This year the championship disappeared under the last SLAA administration.

Now on the GOS, the new word nowadays is DEMOLISH. Is the George Odlum Stadium, one of the gifts given to Saint Lucia, on the demolition list?

I guess one may choose not to remember, but the National Stadium as it was called before it was handed over to the Government and people of Saint Lucia in July 2002 was financed by the People’s Republic of China. Five years later it was given its current name, the George Odlum Stadium (GOS). A successful Carifta Games was held there in April 2009.

In terms of preparatory work on the site it cost the government of Saint Lucia EC$3 million; upon completion the actual facility was costed at EC$55 million, thanks to the PRC. The layout, seating, fixtures and amenities was an envy of the rest of the Caribbean; sixteen years later it’s one of the worst structures on island, an eye sore watching from the main road heading to and from Vieux Fort.

Late 2008, subject to correction, the surface was an important aspect necessary if the Saint Lucia Athletics Association were to prove successful in its bid to host the 38th edition of the Carifta Games.

Saint Lucia won its bid to host and the Saint Lucia government had no choice but to get rid of the red running surface and install an IAAF-certified Mondo track which cost close to EC$10 million.

Interestingly more than EC$5 million was spent on support systems, but what baffled me most was that the government of the day never managed to fix the electronic scoreboard on the southern end of the stadium, while work was done to install a new photo finish apparatus and more.

I remember Neville ‘Teddy’ McCook, who was president of the North American, Central American and Caribbean Athletics Association (NACAC) at the time, now deceased. Saying, “I am impressed by Saint Lucia’s National Stadium, this is an excellent facility. I see nothing in the region that compares in terms of availability of rooms and the way you can use those rooms. This is an important stadium with available rooms for medical, media, accommodation, that’s excellent.”

Well the Legacy left behind after the Carifta Games is this. Five months after the games on September 9th 2009, a fire destroyed portions of St. Jude Hospital in Vieux Fort. The government of Saint Lucia with Stephenson King as Prime Minister moved the hospital’s operations to the stadium and the rest is history.

In April 2010, Prime Minister King said that his government would be rebuilding St. Jude on a site close to the stadium; in 2018 the tug of war still goes on with interesting pulling though, but no progress.

At the time of the fire the Ministries of Health and Sports, along with the Saint Lucia Athletics Association and the board of St. Jude, agreed that for the duration of the hospital’s stay in the stadium, although the facility would not be available for competition, the track and field area could be used for training. That’s nine years ago.

In 2010, athletics meets were held at the Mindoo Phillip Park, the mini-stadium in Soufriere; the La Ressource playing field (Dennery) and presently the annual Inter Secondary track and field championship is being held at the Daren Sammy Cricket Ground. It was only last month, in the inaugural CONCACAF Nations Cup, Saint Lucia Football Association had to play their home game against Haiti in Martinique at a cost close to $80,000. Sad to say, Saint Lucia lost to the Haitians, what a difference it would have been playing in front of home support.

It’s just an indication as to how sports in the first instance, then sportsmen and sportswomen are treated in Fair Helen.  But yet still you hear comments like, Saint Lucia owes you a debt; words from Acting Prime Minister, Lenard Montoute on arrival of Youth Olympic Games Sprint Queen, silver medalist Julien Alfred on Saturday 20th October 2018.

The news is out; Alfred will be heading to the USA where she will be enrolled at the University of Texas, Longhorns women’s track and field team in January 2019. Congratulation, Julien.

In the real world, you cannot have something you call home and you’re locked out. I doubt very much that a concern/responsible parent will allow his or her child to do any type of training at the GOS that has been deemed a Health Hazard. So where will the children play. Thirty nine years of Independence and counting.