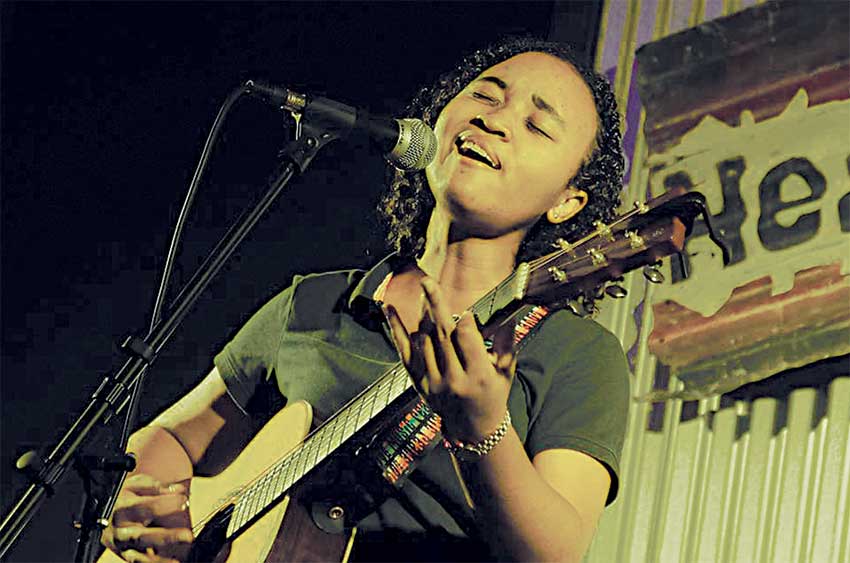 RESTING in my home at night I can clearly hear the various musicians playing at a hotel close to my home at nights and after listening to some of the renditions I have come to realize that their music is mostly of a foreign origin.

This also brought me back to my own teenage and partying days when the music was no different — 99% of the same external music and songs with a pinch of local renditions.

I am not sure when it all started or why it became the norm, but rooted in our way of life is the acceptance for things that came from external sources.

I do know that at selective times of the year, we do have more local songs played on the airwaves ,or at some of our parties but they seem to be seasonal, played for selective moments snippets of our home grown creativity.

I have traveled to several countries around the world, inclusive of some of our Caribbean neighbours, and they all seem comfortable in accepting and playing their home-grown music, to a point that you will seldom hear a selection from an external source — and if you did, it was just snippets. But in our island the opposite exists.

That makes our local creative people scared to produce, or try to impose their music at the highest level, because, as the saying goes, ‘it will not take them anywhere’, because their efforts seem unappreciated especially at home where they were born and bred.

The same attitude can be said about a lot of things made local, hence the absence of true St. Lucian fashion. It is like we always have to compare what we do to external standards, nothing we do or produce seem to be good enough to be accepted or appreciated by our nationals.

Have you noticed that such stifling happens from a tender age, the adventurous young sport men and women, though they may try their best — especially without designated coaches — perform to empty sports meets: not even their immediate being on hand family to give support or encouragement.

The adult population or parents always seem to be too busy to attend, so that sense of unworthiness is realised from an early age.

Criticism has become the trademark of our people, regardless how much you strive to achieve, there is always a reason to take you down a few notches.

Because of that same lack of home-based support, we find most persons prepared to try to sound or perform like other successful persons who have made a name for themselves, because going original or trying to make your own mark is harder than following the national trend of supporting outside talent before our own.

It is alright to say that she or he sounds like the original singer, but to give credence to our own efforts and originality — that is where we seem not to be good enough.

We break down rather than build. We talk highly about other-world artistes, but can’t see the genius of our own people.

I have filled performing places elsewhere and have received high praise and acknowledgement for my artistic works, to a point of having to sign autographs and be considered as being an accomplished performer, but not at home, where we seem to wither and be considered not good enough to be recognized as world class.

We must learn that all our children cannot become academic geniuses and obtain a degree in this or that prestigious field, but in giving support to other endeavors we can make the ordinary soar to higher heights. The challenge, therefore, is to be more readily appreciative of our own.

Believe it or not, it is easy to be seated in the audience and jeer or be a critic. But try putting on the performers shoes and feel what it’s like to be unappreciated — and after that, tell me your story.