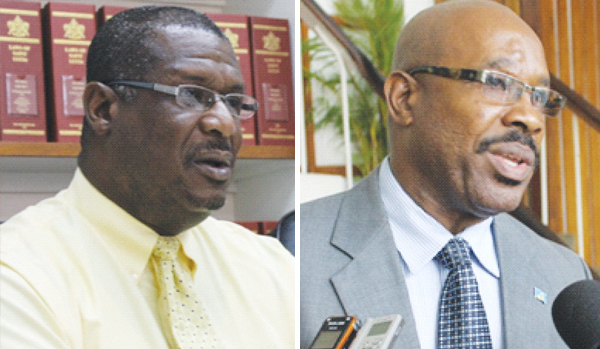 THE EDITOR: The ongoing rumours that Honourable Stephenson King and Richard Frederick have a relationship should be discarded as though King may be soft, he remains politically astute and understands the political toxicities of an individual like Frederick.

As a matter of fact, Phillip Pierre is said to be presently under pressure by his supporters for condoning the presence of Frederick on the platform during the MARCH OF SHAME.

Frederick has been bleating for four years hoping that the St. Lucia public will offer him some form of redemption for his sins of the past to no avail.

St. Lucians consider Frederick a comedian living in a fool’s paradise of his own making.

Some of us never come to terms with the fact that opportunities come and go and at certain stages of our lives, opportunities simply elude us.

Frederick was first denigrated by Dr. Anthony and secondly by his self-imposed controversial demeanor by the hierarchy of the UWP and above all the concerns of the US authorities prompting the withdrawal of his US diplomatic and personal visas which spoke volumes in respect to the character of the individual.

With all this baggage, will a king in politics allow himself to be misled by a wannabe prince? (Astute Observer)