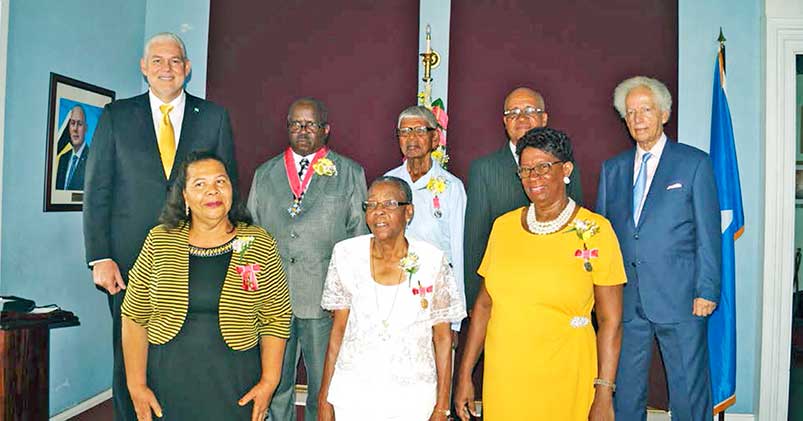 AS Prime Minister Allen M. Chastanet addressed the 2018 Queen’s Birthday Honours recipients on Thursday October 25th 2018 at Government House, he called the outstanding citizens heroes in their own right.

“I look around this morning and I see devoted educators who have helped shape the minds of generations, a doctor who brought so many lives into this world and dedicated community servants . . . You all qualify as heroes in the history books of Saint Lucia,” stated the Prime Minister.

The Investiture Ceremony is the presentation of the Medals of Honour which recognise those individuals who have made achievements in public life; committed themselves to serving and helping their community, or done outstanding work throughout their life.

The Prime Minister also took the opportunity to call on all Saint Lucians to nominate heroes in their community for National Awards.

The Order of Saint Lucia nomination process is now open and will be commemorated on the Anniversary of Saint Lucia’s Independence on February 22nd, 2019, where recipients will be recognized and awarded for their contribution and services to Saint Lucia.

“Our heroes are everywhere,” he noted, adding that as Saint Lucia prepares to mark Her 40th Independence Anniversary, we must celebrate our outstanding citizens “as we strive to build a stronger nation.”