By Sonia Sheppard (Special for The VOICE) 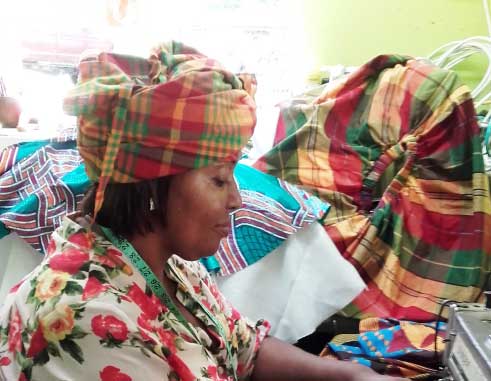 It will be the final day of the final weekend of Creole Heritage Month, observed throughout October each year. 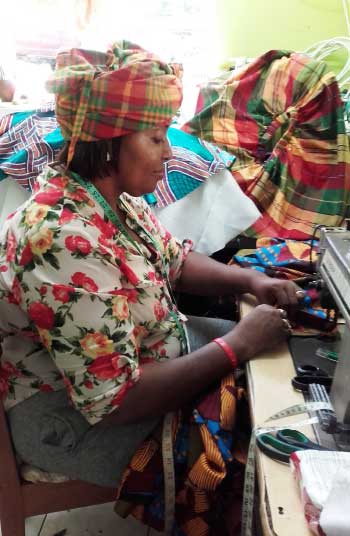 In the three-and-a-half decades since Kweyol Day and Kweyol Heritage Month have taken root here, related activities have grown bigger than even the (now deceased) Saint Lucia Jazz Festival.

It’s all become more widespread, with more people participating in more places over a longer period.

Truly, Jounen Kweyol – the actual day, celebrated on the Sunday closest to October 26, which is observed by the United Nations (UN) as International Creole Day – is Saint Lucia’s biggest and brightest never-ending party.

And this weekend is the Last Lap.

However, never mind that it’s become a very bright and colourful affair, an increasing number of Saint Lucians are concerned that the annual national cultural celebration may be losing its meaning too quickly in the age of scientific and technical modernity.

Just one of the very many is Ms Merline Nelson, a business woman of Monchy and Past President of the Monchy Vendors Association, who feels the day and the month have lost much of the original shine.

Ms Nelson is rooted in her community’s culture and helped organise the official Jounen Kweyol event hosted there in 2014.

‘Losing part of our history…’

Recalling back then and comparing growing trends before and since, she told me: “The essence has been taken away from the celebration of Kweyol and all that’s left is another commercial activity.”

“Monchy is a very creole community seeped in culture.

“We are famous for keeping certain aspects of our culture alive.

“For example, we carry our dead for burial in the traditional way, with people coming from all over the country to participate and/or observe.

“That is part of our history.”

Ms Nelson thinks Monchy is a prime example of the sort if ideal rural community for hosting such events, because of is landscape and the usually high level of popular participation in traditional and cultural activities.

“These are the things people come to see and get involved in, but it is all now lacking,” she laments.

This year’s celebration in the south will be near the Hewanorra International Airport in Vieux Fort. But that’s much too central for Ms Nelson’s thinking.

She explained to me: “When we hosted the festival in 2014, we insisted that there would be no tents, as they make the event look too commercial.

“Instead, we had people gather posts to construct huts covered with coconut branches and other forms of traditional covers, like grass.

“And we would only use galvanized sheets that were a bit rusty. We even used cardboard and tarpaulin tents to cover some of the booths — anything instead of those large plastic tents.

“Some of the booths were built in a unique ‘pie-sadee’ style, the inside walls plastered with mud, tar and bitumen, like our elders used to in the past.

“We made the booths look like the homes of the past, covered with the pictures from old magazines and newspapers used as wall-paper to make the homes look old-time, but nice.

“However, today it has fast become another Blocko, another occasion for people to simply party with no care about the meaning or significance of the event.

“That’s not how it should be. Jounen Kweyol activities should always be in a rural environment as much as possible, as that is the right setting for it.

“People should be exposed to the Kweyol methods of cooking with coal pots, seeing the large blackened pots and the wood fire — that is Kweyol, not food pre-cooked and served from commercial foil paper and Styrofoam containers.

“People should be able to see the things in action: the creole setting, breadfruit laid out on the leaves, food being prepared on the spot, large pots with fire blazing below — and in some cases, smoke blowing in the wind, giving off the scent of burnt wood.

I could see the memories in her eyes as she recounted and mourned the loss of the past.

“That is what’s missing,” Ms Nelson said as her look switched to one of sad regret.

“They don’t bring the culture like in the past anymore.

“It doesn’t look Kweyol. Instead, the venues are becoming full with tents sporting big brand names and people selling things like these commercial dolls, inflated toys and electric and electronic games.”

She changed features again as she offered ideas on bringing back the past in the future.

“Let’s bring back the culture,” she advocated, asking questions with the obvious missing answers:

“Where are the old toys — like the toy trucks made from pieces of wood, the kites, the car tyres the boys would push about, the spinning tops made from local wood like guava…

“Where are they? They are no longer at the Kweyol festivals today.

“We don’t have anything like that no more — no more actual traditional Jounen Kweyol, its more commercial activities.

“That’s not preserving or promoting our culture. We are supposed to expose the younger generation to what it was like in the past. But, sad to say, that essence has been taken away from it.”

As for hosting Kweyol activities in urban areas simply for the sake of spreading it out, Ms Nelson feels that’s part of the problem.

“As far as I know,” she says, “when it’s held in those places, there aren’t even demonstrations like log-sawing and farine-making and cassava-making.”

Very much alive…
Many will share Ms Nelson’s concerns. The Folk Research Centre (FRC), for example, will no doubt endorse her views ‘entiere’.

But there’s no doubting that the Kweyol is still very much alive and well here. So much so, that this years’ theme for the celebration across Saint Lucia is “Vivan Kweyol Vivan”.

Kweyol celebrations are so alive here these days that they have now begun branching off into little groups of families and friends having their own day’s celebration at home, instead of joining the thousands who will be flocking to Vieux Fort and Soufriere.

Meanwhile, the celebrations continue with virtually all types of events taking place all over the island in what has now become one of the biggest festivals involving mass participation of locals.

A National Kweyol Queen Competition was held last weekend, as well as a Woule Laba competition featuring teams playing cricket the traditional way – even though some of the traditional features like using coconut bats and breadfruit balls have been replaced by more modern bats, balls and wickets.

There was also a planned Violin Competition in Mon Repos that was forcibly cancelled by bad weather, but persons who turned up also got the chance to see the Sessenne Descartes Museum located at the former home of Dame Sessenne, the island’s decorated national folk songstress.

But with that success also comes the growing annual congestion at selected venues, which is increasingly becoming a put-off for more people.

As a result, more people are finding more creative, cultural, traditional and more private ways and means of celebrating – but away from the madding crowd.

Ms Nelson, for example, intends to keep spirit of her creole heritage alive in the community this year, as she always does.

Like her, more people will observing tomorrow’s last day in their own more quiet way, if only to avoid the large crowds and traffic jams.

There are even families in the communities identified as venues planning to make it A Family Day at Home instead.

Getting ready for Last Lap

There’s been a hive of activity at her place as Ms Nelson gets ready for Jounen Kweyol. Over the past fortnight she’s been cutting grass, hedging fences, painting and spring-cleaning her establishment in preparation for this last lap weekend.

“That way,” she told me (with a pleasing smile) “I will be accommodating some of those who want to celebrate, but can’t go all the way to the two main venues — for whatever reasons.”

She hopes and expects her ‘regulars’ would still come and partake of the mouth -watering kweyol food and drinks she normally dishes out.

“They will also get Fawine ek Zaboka [avocado with locally made farine] with Lanmowi Woti [roasted saltfish] – just some of the traditional creole dishes we’re missing now.”

Also on her menu will be the more likely features as “smoked herrings, fish cakes, accras — and to wash it all down with some good home -made juices like lime squash and golden apple juice.”

Our interview approaching an end, Ms Nelson then looked at me with a teasing eye and said, “Now they are stewing the saltfish with carrots and cabbage for a plate of breadfruit and saltfish.

“We roast the saltfish and wash it good to get rid of the excess salt, then stew some onions to go with the breadfruit, served with a good helping of coconut oil.”

The FRC, Cultural Development Foundation (CDF), some government ministries (such as related Culture, Fisheries and Forestry Departments have been involved in the 2018 Arts and Creole Heritage Month activities.

There is no doubt in its 35th year, that the country is gearing-up for a big, final, last lap Kweyol Bash today and tomorrow, all with the intent of keeping the island’s creole traditions alive and well in the age of Information technology and Artificial Intelligence.