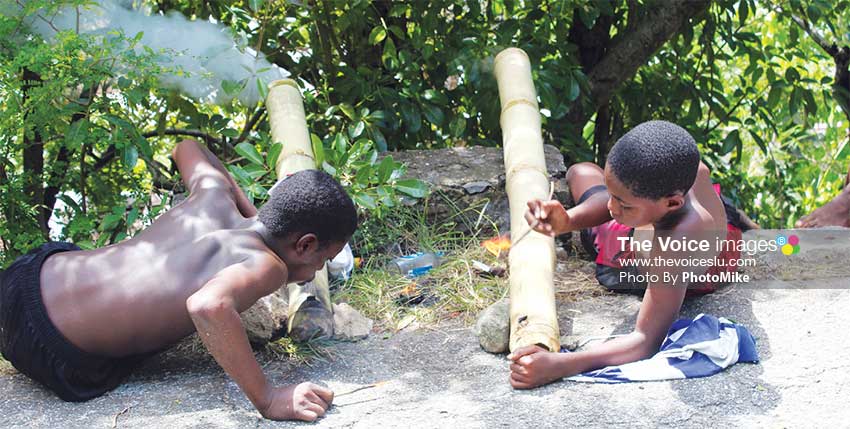 THE Folk Research Center can take a bow today for the smashing success of Sunday’s 35th Annual Jounen Kweyol celebrations.

Although Vieux Fort and Soufriere were the chosen locations for the observance, it could truly be said that almost every nook and cranny held something in recognition of the day and therein lies the smashing success spoken of and the reason for asking the FRC to take a bow.

This year was the 35th year Jounen Kweyol was observed and though highly successful in most of these years in terms of crowd participation, the abundance of creole food and drink and display of artifacts, — which in years past were the tools and utensils and items used in everyday use in homes and businesses — there seems now to be a need to take the whole creole heritage observance a notch higher, a point noted in last Saturday’s editorial.

Suggestions relating to how this could be done will not be found in this article, which is dedicated to the outpouring of love Saint Lucians showed this past Sunday for Jounen Kweyol (Creole Day).

It could safely be said that almost every community in the various nooks and crannies in the country had a food bar or food bars and drinks.

This reporter visited almost every community when he left Castries mid – Sunday morning on the East and West Coasts of the island.

While some families had their personal tables outside, others were trying to eek out a living by offering creole food on sale to whoever wanted.

Even the bumper-to-bumper traffic that existed right after passing the Aux Picon gap at about eight Sunday night all the way to the Desruisseaux gap , a nightmarish situation to some, reflected of the success of the day.

And there were the outfits, of all styles and hues of the colours associated with creolism. Here’s a few photographs to depict my journey.