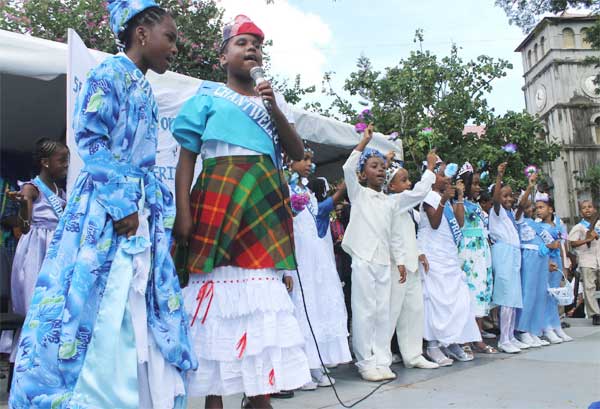 The Festival forms part of activities for Arts and Heritage Month and is being presented by the Cultural Development Foundation (CDF) in collaboration with the Monsignor Patrick Anthony Folk Research Centre (FRC),

Events Company of Saint Lucia (ECSL) and the Office of the Mayor. Festivities include a gwanséyans scheduled for Saturday 13th October, a School’s Church Service on Wednesday October 17th in addition to the gwanfèt on the annual celebratory date.

This year, the traditional precursor activity, the séyans (Saturday 13th October) will take place on the Castries Waterfront as part of the Saturday City Night, hosted by the Office of the Mayor.

On Wednesday, 17th October, a Schools’ Church Service is scheduled for the Saint Joseph, the Worker Roman Catholic Church at 10:00 a.m.

The celebratory service is typically a highly anticipated recognition of Saint Lucian tradition and culture by schools including preschools.

Additionally, on October 17th, the feast day, the effervescent fishing village of Dennery will welcome celebrants and well-wishers for the gwanfèt.

The day’s celebrations will commence with a church service at the Church of Saint Michael, Dennery.

A special appearance will be made by the Richfond Combined School for the day’s festivities.

An elaborate parade will follow at 11:30 a.m. from the church to the La Ressource Playing Field.

Members of the fraternity decked in all their regalia will move through the village streets.

Presentations, all paying homage to their beloved globe amaranth will then be made from 1:00 p.m. In the evening, groups will return to their respective communities where they will continue the celebration.