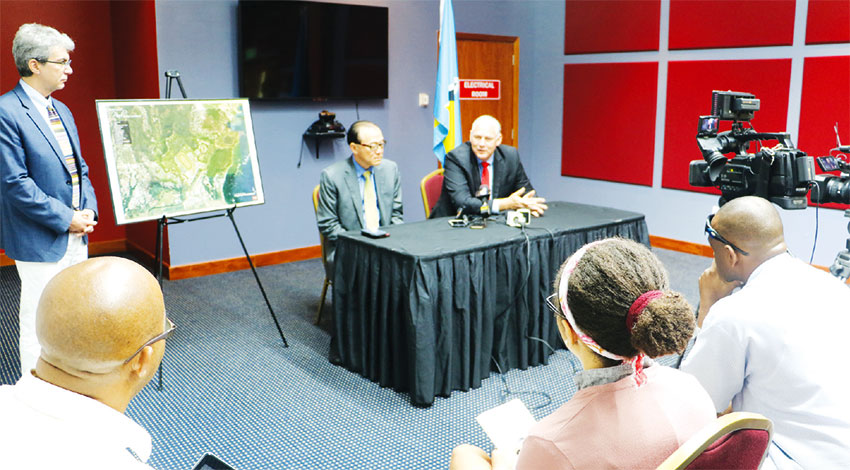 PARLIAMENTARY Representative for Vieux Fort South, Dr. Kenny D. Anthony, confirms that his lawyers have filed a claim in the High Court against the Government of Saint Lucia for entering into Agreements with Desert Star Holdings Ltd, also well known as “DSH”.

A press release from the office of the Vieux Fort South MP says, “The claim seeks Declarations from the Court that the Agreements between the Government of Saint Lucia and Desert Star Holdings Ltd are unconstitutional, null and void.”

The claim also argues that “the financial arrangements underpinning the Agreements are unlawful, as they are in breach of the Finance Administration Act of Saint Lucia, the Citizenship by Investment Act and the Regulations made under the Act.”

The claim further also seeks “Declarations that the agreements to grant concessions are irrational and an abuse of the discretionary powers of the Government of Saint Lucia.”

The Court is also asked “to order an injunction on the project if it rules in favour of the claimant.”

Dr. Anthony explains: “ I have taken this step because I believe that the Agreements, as presently exist, are not in the best interest of my constituents, the neighbouring constituencies of Vieux Fort North and Augier/Laborie and indeed, the people of Saint Lucia.”

According to the former Prime Minister, “The Agreements will destroy and/or inflict considerable harm on the farmers in my constituency and nearby communities. Already, several cattle farmers have lost their animals because of the indiscriminate removal of fencing protecting grazing grounds by the contractor engaged in preparing the horse racing site.

Dr Anthony says, “The traditional grazing grounds on the Beausajour site no longer exists. Some farmers have also abandoned their animals and their crops as a direct result of the actions of the Government.”

He also argues that “It is irrational to deactivate a just-completed meat processing facility which was a gift from a foreign government at a cost of approximately EC $24 million, the location of which was once held to be strategic to cater for the needs of the farmers in the immediate and surrounding communities.”

According to the MP, who is also an established lawyer, “The Agreements strips the people of Vieux Fort of their patrimony, access to their beaches and surrounding lands. Sandy Beach is one of the few remaining beaches left for the enjoyment of Saint Lucians.”

Dr Anthonmy says “Vieux Fortians will become prisoners in their own community” and “the proposed development will undoubtedly suffocate the town of Vieux Fort and its future expansion and development.”

“Further,” he says, “I cannot accept that the site which accommodates the National Stadium should be yielded to DSH.

“The proposed method of financing the proposed development is outrageous and an abuse of the goodwill of the people of Saint Lucia.

“These Agreements are not, in my view, in the interest of my constituents and indeed the people of Saint Lucia.

“As I have said before, I will oppose these Agreements with every ounce of strength that I have.”

Dr. Anthony is represented by Anthony Astaphan SC and Mr. Leslie Mondesir of the Chambers of Mondesir, Pierre and Associates.