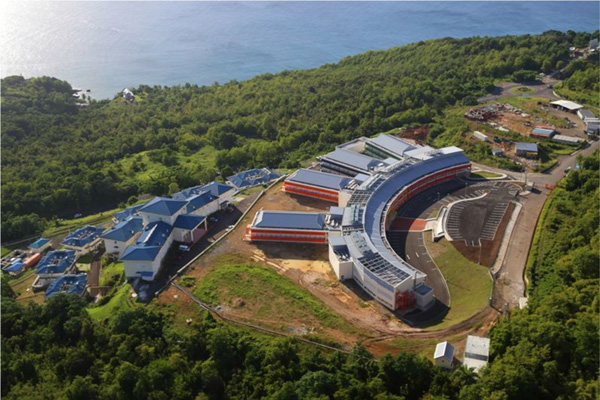 THE transition to OKEU has its side-effects, one being the politicizing of what is essentially a technical and economic issue.

Consultant Nephrologist Dr Merle Clarke, speaking for the staff at the stand-alone dialysis unit at OKEU Hospital, totally disagrees with the public stance of the president of the St. Lucia Medical and Dental Association n why an OKEU patient died and who is to blame.

The Saint Lucia Medical and Dental Association (SLMDA) issued a statement last week blaming the death on the government’s health policy, with SLMDA President Dr Alphonsus St Rose also pointing fingers at the unpreparedness of the OKEU to deliver service as a result.

St Rose says the association feels patients are at risk at the OKEU, where there is no emergency room, resulting in some occasionally having to be shuttled to Victoria Hospital for additional urgent care, for whatever reasons.

The public spat between the two doctors came following the death of the OKEU patient on August 3.

Dr Clarke insists her OKEU staff did their best in the circumstances and his death from ‘cardiovascular pulmonary arrest’ while undergoing dialysis at Victoria could probably not have been avoided.

She said her staff tried for over an hour to save the patient, but argued that it would be wrong to say that he would have survived if there was an emergency room at OKEU, or if he’d been in “the old one at Victoria.”

“Once we brought him back after application of CPR and we felt he was stable enough, the patient was transferred to Victoria,” Dr Clarke said this week.

Defending her staff, she insisted: “We did what we had to. Even if the patient had collapsed ten feet from an emergency room, we would have had to do what we did – get a flat surface and apply CPR.

“So, I disagree completely with the notion that just because we do not have an emergency room at OKEU, this patient passed [away]…

“And it’s just false to say he would probably not have passed if he had been in an emergency room.”

The VOICE’s own research on dialysis treatment centres found that whilst a number of such centres are in functioning hospital, there are a number which stand alone. One such centre in Florida advertises itself as being “only four minutes away from the world-renowned Mount Sinai Hospital and fifteen minutes away from Jackson Memorial Hospital-University of Miami Kidney Transplant Center.”

In interviews with persons who work at the Unit, they described the old unit — which was situated at the old Nurses’ Home, as being on its last legs, with equipment at the end of its useful life.

Dr Clarke also rejected any assertion that there can be a higher mortality rate for OKEU dialysis patients due to the absence of an emergency room.

The OKEU doctor emphatically questioned the factual basis for any such assertion: “Are there any statistics to support the claim that there is a higher mortality rate at OKEU because of the absence of a sand-alone unit? The answer is no!”

Dr Clarke insisted the dialysis service at OKEU is up to standard and maintained her stand that the doctors’ association is totally wrong in its assessment of the competence of her staff or the service they deliver.

The VOICE notes that the SLMDA offers no solution to the funding of the operation of the OKEU hospital thus enabling the whole hospital to be made operational.

Perhaps the SLMDA should be guided by the saying “Never let the best be the enemy of the good.”