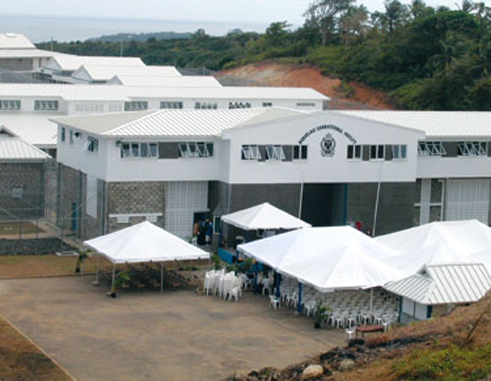 THE total number of inmates housed at the Bordelais Correctional Facility will decrease by the conclusion of this week.

Arrangements are advanced to facilitate the transfer of nine prisoners who were part of the total 21 inmates conveyed from Her Majesty’s Prison in Balsam Ghut, Tortola in September 2017, after the passage of Hurricane Irma.

More than 100 prisoners had been recaptured or turned themselves in after escaping from the severely-damaged Balsam Gut Prison in the wake of the storm.

The Government of Saint Lucia has since lent its support to the BVI in the area of national security over the past several months.

BVI authorities, in their Gazette last year, noted that the prisoners would be away “until such time as repair work to improve security at the prison had been completed, and the governor determines that the conditions in the prison are such that further escape and disturbance at the prison can be prevented, and the life and safety of other prisoners and the community at large can be assured”.

Less than two weeks later, the islands were hit for a second time by another fierce category five storm, Hurricane Maria.

Category Five Irma has secured her place in history as the most powerful Atlantic Hurricane ever recorded.