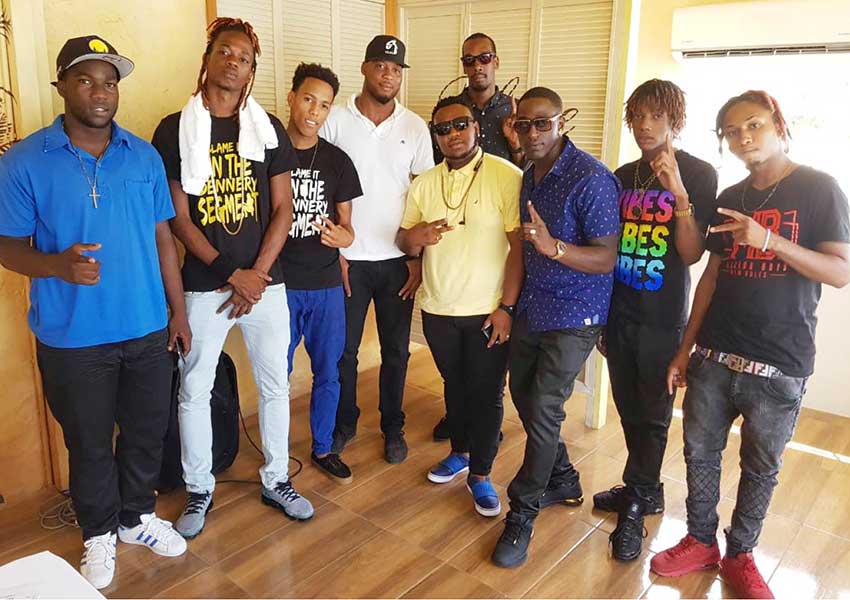 The 16 member team that is now globally known as The Dennery Segment is busy preparing for their first tour of the United States of America, which will run from August 30th to October 10th.

The artistes and entertainers were all involved in a two day workshop on August 27th and 28th, which focused primarily on the fundamentals of the music industry, public speaking, stage performance and presence, professionalism, copyright and music publishing ahead of their inaugural U.S tour.

Speaking at Monday’s session, acting Marketing Manager at Digicel St. Lucia, Jamisha Wright, congratulated the young men on taking their music and career to the next level and emphasised the importance of trust, loyalty and professionalism in the music industry.

Wright said, “Digicel is always happy to give back to the people it serves and, in particular, support young talent”. The acting Marketing Manager added that, “With image being a very important component of the group’s brand and success abroad, Digicel is pleased to provide two sets of branded shirts and polos for the tour. Additionally,

Digicel will waive all roaming charges incurred by the group for the duration of the tour, provide new handsets to members without Digicel phones and also make a cash contribution of USD $2,000 to help cover any incidentals while in the U.S.”

The acting Marketing Manager challenged the young men to fly the St. Lucian flag high as they make their way towards joining the circle of elite entertainers who continue to put their respective countries and the Caribbean on the world stage.

Wright said this is just the start of what promises to be an exciting and rewarding relationship between Digicel and The Dennery Segment and urged persons to look forward to exciting collaborations in the not too distant future.