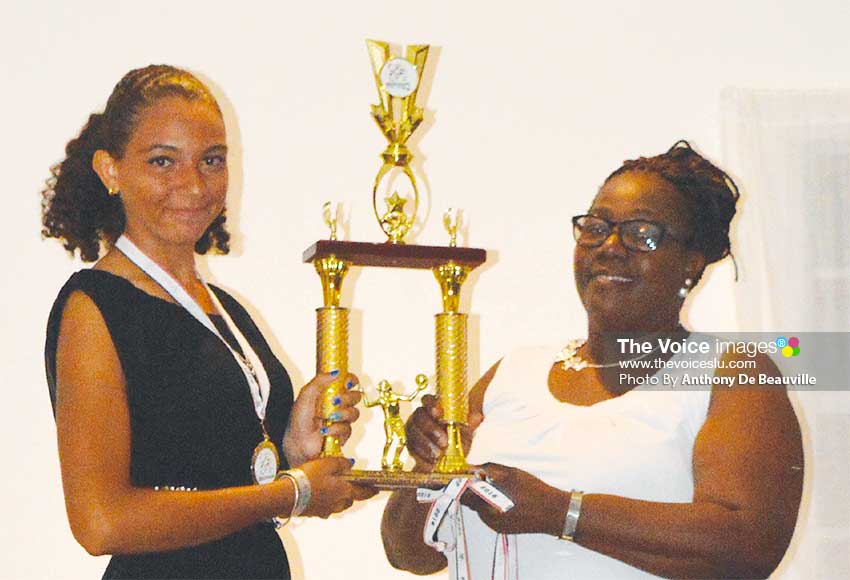 The Spice Isle ended the week-long championship with 33 points; six points clear of second place finishers Saint Vincent and the Grenadines and Saint Lucia on 27 points each (tie), while the Commonwealth of Dominica came in third with 25 points.

In addressing the athletes, team officials, specially invited guests and the media,in a jam- packed Bonganvillia at the Coconut Bay Resort and Spa, Deputy Permanent Secretary in the Department of Youth Development and Sports, Liota Charlemange – Mason said, “We are thankful that you have provided us with some very exciting moments. Those of you who were not so victorious on this occasion, should not be disappointed but should analyze your performances and set out on a further mission. You need to remember that the winner is not twice as much better as the runner up; perhaps it may just be a fraction of a fraction difference”.

Mason also had some words of encouragement for the athletes, “It is my hope each of you will continue to strive for excellence in the discipline in which you have already displayed a great deal of promise”.

Of the sporting discipline contested, the Grenadians won Track and Field, football, and male basketball.

In matches played on the final day of competition, the football game between Grenada and host Saint Lucia had to be abandoned with 3 minutes left into injury time with Grenada leading 2 -1 when a brawl broke out between the players. The goal scorers for Grenada Rickel Charles 8th and Leon Braveboy 57th minute. Saint Lucia lone goal was scored by Bryant Polius in the 47th minute.

The 2019 edition of the Games will be held in the Commonwealth of Dominica.