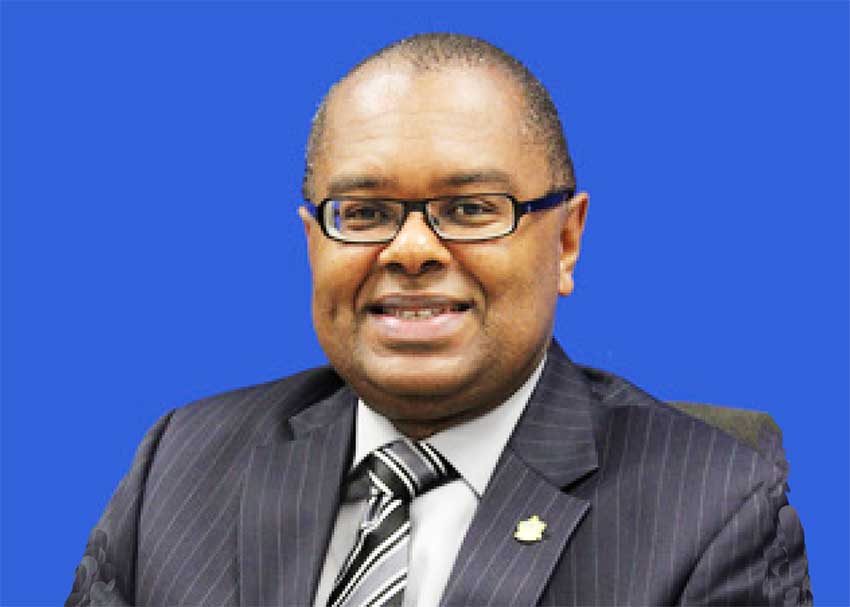 PRESS RELEASE – THE appointment of persons to serve on statutory agencies is a very serious matter, although it is not always viewed or treated that way.

When, as minister, I had to make an appointment to a statutory board that was under my purview, I always looked for people with competence, integrity, maturity (of personality not age) and relevant expertise, who could function in a team environment and who would make decisions that were in the best interest of the agency on which they served and the country.

This is why I was the first, among my colleagues, to announce the people to serve on the boards of WASCO, the National Water and Sewerage Commission and Radio Saint Lucia. I did not want to find that my first or second choice for board members had already been snapped up by one of my colleagues on another board. (You know what they say about ‘bef douvan’.)

This is the philosophy I brought to the appointment of the commissioners to serve on the National Utilities Regulatory Commission (NURC).

This Commission came about as a result of a lengthy series of public consultations on the National Utilities Regulatory Commission Bill.

The first Commissioners of the NURC were: Victor Poyotte as chair, Dr. Barbara Graham, Mr. Desmond Destang, Mr. Michael Sewador, Dr. Anderson Reynolds, Mrs. Marie Monrose and Mr. Joseph Dujon. I was confident that in these commissioners I had found men and women of integrity, competence and all of the other characteristics necessary for the effective and efficient discharge of their duties.

During the public discussions on the NURC Bill — and again during the debate of the Bill in the Senate — the issue was raised of the manner of the appointment of the NURC Commissioners. Several people and one of our independent senators suggested that to leave this appointment to a minister was dangerous and that this responsibility should, instead, be given to the Governor General. They argued, flatteringly for me, that while they could trust my judgment as a reasonable and objective minister, there was no guarantee that my successors would always be as reasonable and objective.

I countered that it was not correct to clothe the Governor General with this sort of executive authority — and in any event, if we were now to start drafting laws to protect ourselves from unreasonable ministers, then we would be sending a signal that we could not trust the very people who are supposed to be exemplars of rectitude in our society. Far better, I opined, to ensure that we did not elect unreasonable people to office, who would then make the sort of unreasonable decisions we feared.

Additionally, we had put in place some safeguards to insulate the commissioners from political adventurism. The NURC Bill allowed for the staggering of the terms of the commissioners, with terms of office ranging from three to seven years — and the only provision for termination by the minister of the appointment of a commissioner was ‘misconduct’.

Under the NURC legislation, misconduct was very carefully and strictly defined.

The Act provides that “The Minister shall at any time, in writing, revoke the appointment of a commissioner if, upon evidence, the Minister is satisfied that the commissioner is guilty” of misconduct as defined in the Act.

Therefore, a misconduct allegation against a Commissioner is a very serious one, which speaks directly to the character of the person so accused.

With respect to the powers of the minister, the Act states, “The Minister may give directions in writing to the Commission of a general policy nature and the Commission shall comply with such directions”.

This brings me to the recent action by the Minister under whom the NURC falls, the Minister for Infrastructure and Energy, Hon. Stephenson King, in terminating the services of the commissioners of the NURC for ‘misconduct’.

I do not know who advised the minister of his authority to act in this manner, but I would have thought that someone like Stephenson King, who has not only served as a minister in several ministries but has occupied the highest executive position in our country as Prime Minister, would not need legal advice to understand the parameters of his authority in this instance.

I have gone on record with the respect that I hold for Stephenson King. I know him to be a man who believes in fairness and in treating people with respect and dignity. However, on this occasion, I cannot excuse him and say that this was not his doing. It is his signature that effected the terminations.

No one can or should cause a senior politician — one whose significant political capital should insulate him from being coerced into actions he does not support — to behave in a manner contrary to the way in which he has lived his political life to date.

My only conclusions can be that either I was wrong about Stephenson King or I over-estimated the political capital that I thought he wielded.

Either way, I am very disappointed.

As for the NURC commissioners whose appointments were terminated for ‘misconduct’, I cannot tell you how you should react. What I will say, however, is that I remain convinced that the men and women whom I appointed to the NURC are of unimpeachable character.

I know that this action by Hon Stephenson King does not change my belief in your integrity. However, my opinion does not matter. The public record, henceforth, will show that your appointment was terminated because of misconduct and you now have to decide whether this is a record with which you are comfortable.

(Dr James ‘Jimmy’ Fletcher is a former Senator and Minister for Public Utilities in the previous Labour administration.)