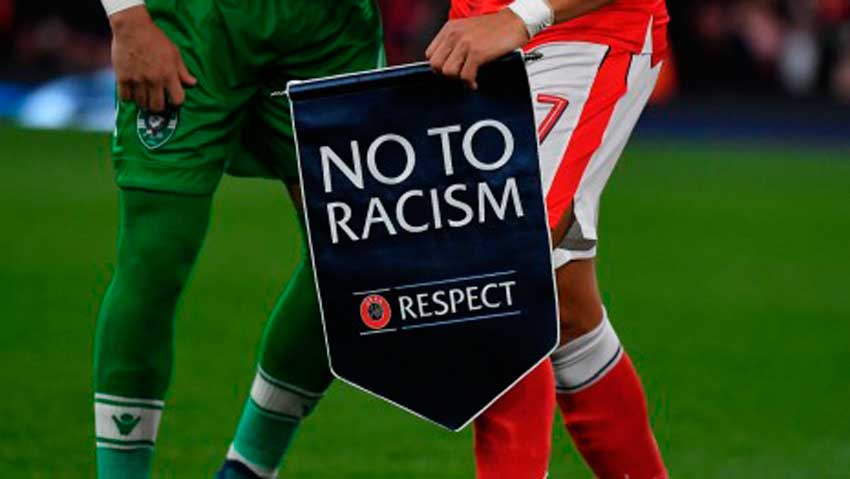 RACISM and Multiculturalism have been in the sporting world longer than many will remember or imagine.

Take cricket. Less than a century ago, the West Indies Cricket Team was almost all-white and the five-day game was played by day, all-in-white – and if the umpire didn’t see, there’d be no decision. Today, the West Indies team is all but all-white, limited overs dominate, team uniforms are rarely white, the only thing white in night-time cricket is the ball – and if the umpire didn’t see, there’s always the ‘third umpire’, assisted by slow-motion CCTV replay.

It used to be too that European national sporting teams were pure white, until pure skill on the field and demonstrated dependability ensured that non-white Europeans started inching their way through doors previously thought closed to them. Not so today, though, as seen in the composition of European club teams – and most visibly demonstrated in the just-concluded Football World Cup in Russia, where the winning 23-member French team comprised 15 players from France’s former colonies in Africa.

Come home. Saint Lucia’s Mindoo Phillip was a local cricket legend and there are those who can still argue over whether his failure to be selected for the West Indies team had to do with his level of education or his colour – or both. Today however, Saint Lucia is proud that the ever-humble Daren Sammy was a valuable West Indies Captain — and that at present, there are seven Saint Lucians on the Windward Island Under-17 youth team.

Racism has remained in international sports ever since Jesse Owens outpaced the rest of the world on the Olympic tracks in Germany in 1936. And it is precisely because it exists that FIFA ensured that every one of the 23 matches played in Russia during the World Cup finals started with players of both teams mingling and gathering, in the eyes of the world, behind anti-racism banners.

Multiculturalism is a visible answer to and an antidote for racism at play in all major international sports. But the response is not always as positive as the intent behind ensuring its promotion and pursuit.

There were Britons who took to the airwaves to loudly voice their opposition to the inclusion of non-white and non-British players on the England World Cup team, some actually praying it would not bring football’s most prized trophy to London from Moscow.

Likewise, there were French citizens who were simply outraged that the French team was dominated by non-nationals and refused to back their national team – until victory came in sight. On the Sunday that France faced Croatia, friends and foes in France and in every present and former French colony gleefully joined supporters around the rest of the world to support the very same team in which the minority formed the majority. And look how they partied!

However, multiculturalism also has its ups and downs. Properly managed, it can yield fruitful benefits uniting divisions between people and countries across skies and seas, boundaries and borders. But mismanaged — in any way — it can backfire in different ways.

Take the idea of Political Correctness. To avoid being deemed ‘politically incorrect’, many tend to go to extremes to ensure they always sound or are seen as saying and doing ‘the right thing’. As a result, more time is spent inventing new adjectives to label select groups, in effect creating and/or widening gaps in societies that require national cohesion to advance.

Multiculturalism can be a positive example of political correctness in the continuing struggle against racism – and not only in sports.

Unfortunately, however, racist hangovers still today cause nightmares for millions of minorities who have, by force of circumstances, ventured or landed into situations that turn them into strangers in countries they have helped build, as in the case of the so-called ‘Windrush Generation’ of West Indians in London, being told by the Empire to ‘Go back home.’

Our lead story and accompanying articles on this subject on this page, as well as on Pages 9 and 12, do also reinforce, though, the everlasting truism that, wherever it is or may be, there’s no place like home!