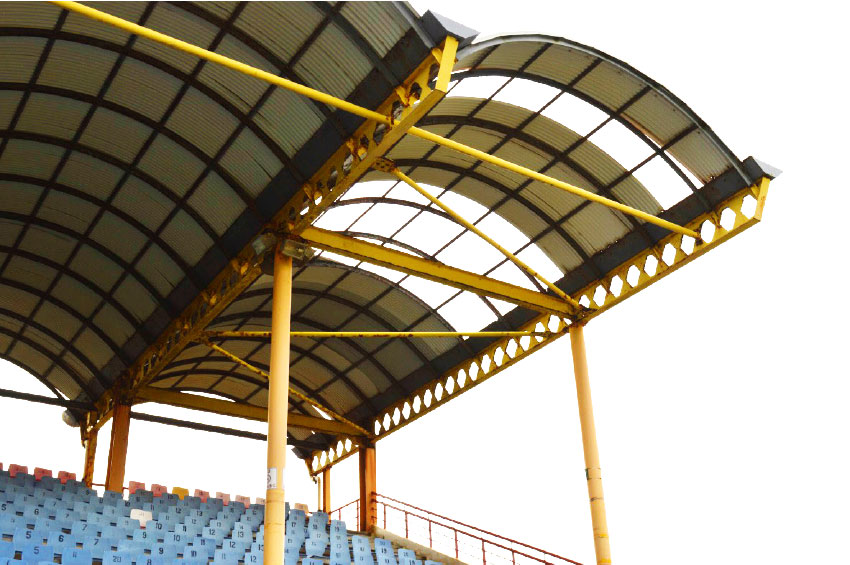 IT’S a waste of time in Saint Lucia nowadays when one attempts to call and to speak to the relevant authorities about certain issues affecting the daily lives of citizens, because the answer you will get, “ We have a plan”.

I am not here to discuss politics; I simply hate it all together. I believe in one thing and that’s the Revolution. A revolution where we as saint Lucians can start to think differently, have respect for country, government and private property, respect for one another and the list goes on.

During the SPL T20 semifinal on Saturday 21st July 2018, I was told by a security personnel to please avoid sitting on the northern end in the Johnson Charles Stand. My question to him was, why? His reply was, a few minutes earlier a sheet of galvanize was ripped off from the roof. I was like really? Looking towards the roof, it was indeed true. A picture tells a thousand tales.

The Daren Sammy Cricket Ground has been in its worse condition ever, since completed in 2002. The square looks in perfect condition, but the structure at present is an eye sore with the Caribbean Primere League (CPL) just a few days away and that facility is set to host matches.

So the question, Is the Daren Sammy Cricket Ground another George Odlum Stadium?

For those who can’t remember, on July 21, 2016, the then Beausejour Cricket Ground was formally renamed by this government, the “Daren Sammy Cricket Ground” after Daren Sammy who captained the West Indies side in winning the 2016 ICC World Twenty20 in India.

Interestingly one of the stands is named in honour of Johnson Charles, who was also part of the side in both 2012 and 2016.

Following the SPL T20 finals on Sunday at the DSCG, I spoke to the man himself, Daren Sammy, I asked him what were his thoughts about the current condition of the facility named in his honour, and this is what he had to say.

“Obviously this is our premier cricket facility and when it was built in 2002 it was the best in the Caribbean. At present some other countries have improved on their facilities”.

”It’s up to the government to make sure when we have international matches here our facilities are up to standard. It’s the only one we have. It carries my name; we have to maintain it. Someone needs to point out what we are seeing right now to them, it’s not a good feeling”. Noted Sammy.

Meanwhile, just a reminder. Most recently, a metal electric pole collapsed taking with it a section of the fencing closest to the Uralis Booty Pavilion at the Vigie Multi-Purpose Sports complex during the opening of Saint Lucia Carnival on Wednesday 30th May, 2018. Three weeks later upon visiting that facility the pole is still on the ground with electricity running through it.

My recent visit to the VMPSC on Thursday 19 July revealed that the pole had been removed, but the fencing remained the same way.

One less pole and without lights means the netballers and Volleyballers who frequent the VMPSC, will have to bring along their hurricane lanterns to ensure they have adequate lighting during training any time after sunset. It sounds like humor and for some of us, it’s ok to accept, but it’s the reality of life in Saint Lucia when it comes to sports. Who really cares?

Only the powers that be can answer that and if a citizen decide to mount the pressure, oh boy “you against the government of the day”. This is just a tip of the iceberg and the disrespect for sportsmen and sportswomen in Fair Helen.